Thank You For Coming To The 2020 (Virtual) Teeny Awards!

Thank you to everyone who attended The 2020 (Virtual) Teeny Awards Ceremony and Community Day this past weekend! It was a weekend full of art, activism, and celebration that we won't soon forget!

Check out the amazing art from teens we featured in the ceremony HERE and HERE!

Thank you so much for joining us!

Tune in as TeenTix and The New Guard: Teen Arts Leadership Society hand out one-of-a-kind awards celebrating the best of the best with special guests and not-to-be-missed performances!

Tickets to the awards ceremony are FREE for teens under 20 years old! Adult tickets start at $5. Register at the link below! Registration is required for access to the livestream.

Make your Teeny-viewing even more immersive with THIS coloring sheet - designed by New Guard member Taylor!

Keep the Teeny Awards celebrations going with a teen-only day full of art, activism, and inspiration! Get ready to build community with fellow teens and learn about art as activism from some of your favorite local trailblazers.

Registration is free but required for access to this event. You can register for a Full Day Pass, just the workshop, or just the panel at the link below!

Join us for an online TeenTix workshop exploring music as a powerful tool for antiracist rebellion. In this workshop, taught by KEXP’s Martin Douglas, you’ll learn about the history of social justice movements and how music has played a role in both past and present movements. Listen, learn, and activate!

Hear from a panel of community artist/activists about their careers and how they use their art to fight for social justice. through their work. Learn about artmaking in times of crisis, and walk away with strategies for how you, as teens, can activate your activism. Attendees will have the opportunity to connect with speakers in small group discussions after the panel conversation.

Also known as the performance duo, Dandy, Randy Ford and David Rue are fierce creative forces. Dancers, activists, advocates, change-makers, trend-setters and so much more, they make our community and our world a better place.

Randy Ford, is a Seattle-born dancer, choreographer, actor, and activist. She grew up learning choreography in her living room from watching music videos as a child. It wasn’t until the age of 17 when performing became a reality. After some time at the University of Washington, she became a member of Seattle’s Au Collective, a collective of artists committed to bringing womxn, queer people, and people of color to the forefront of everything it does. Randy has worked with artists such as Dani Tirrell (Genre Bender, Black Bois), Markeith Wiley (IT’S NOT TOO LATE), Kitten N’ Lou (CAMPTACULAR, Jingle All The Gay), and BenDeLaCreme (Beware the Terror of Gaylord Manor). Identifying as a Black non-binary Transfemme, her work continues the conversation about and centering intersectionality.

David Rue
David Rue is a dance artist and creative professional born in Liberia, and raised in Minnesota. He is a graduate of the University of Minnesota with a bachelor of individualized studies that combined Journalism, English, and Dance. He holds an MFA in Arts Leadership from Seattle University and works as the Public Engagement Associate at Seattle Art Museum. He has worked with Seattle based choreographers Dani Tirrell, Zoe Scofield, and Ella Mahler.

You may have seen Sara in the role of royal MC at our gala last year! She recorded a special song for this year's awards in response to the important racial justice movements and conversations shaping our community and our world.

Sara Porkalob (she/her) is an artist-activist and creator of the DRAGON CYCLE. She’s based in Seattle but soon will be working all over the nation. Awards and nominations include: 2020 nominee Seattle Mayor’s Arts Award, Seattle Times “11 Movers and Shakers to Watch this Decade”, 2019 nominee for Americans for the Arts Johnson Fellowship for Artists Transforming Communities, Seattle Magazine’s 2018's Most Influential People , and 2017 City Art's Futures List. She is a co-founder of DeConstruct, an online journal of intersectional performance critique. She will be making her Broadway debut in 2021 playing Edward Rutledge in the official revival of the musical 1776.

DRAGON CYCLE is a trilogy of plays about her family; one play for each generation built around a central female protagonist. The first in the cycle, Dragon Lady, is the recipient of three 2018 Gregory Awards for: Outstanding Sound/Music Design, Outstanding Actress in a Musical, and Outstanding Musical Production. The second in the cycle, Dragon Mama, premiered at American Repertory Theatre (ART) and won Best Original Script and Best Solo Performance for the 2019 Elliot Norton Awards. ART has commissioned the third in the cycle, Dragon Baby; it will premier on their stage sometime in the future.

For the last two years she’s been contracted as a consultant with the City of Seattle and their Creative Strategies Initiative (CSI), a new City effort that uses arts- and culture-based approaches to build racial equity in non-arts policy areas like the environment, housing, workforce and community development. Earlier this year Cafe Nordo produced her queer Victorian revenge thriller, The Angel in the House and Artswest will produce her new play Alex & Alix sometime next year. For more information: www.saraporkalob.com.

A storyteller, playwright, spirited conversationalist, and (maybe most importantly) a singer/songwriter, Mirabai loves nothing more than telling an absurd story with an honest emotional core. She'll be singing us some original song stories during the Awards Ceremony!

Mirabai Kukathas is a storyteller. People often tell Mirabai she was born in the wrong millennium (what with her hippie hair and obsession with folk music) but she’d much rather be in this one, thank you very much, where she can vote and marry who she likes and watch WALL-E for the millionth time. But she does pull plenty of musical inspiration from times past, finding ways to blend 60s/70s folk-rock with contemporary pop and every other genre you can think of. Her songs and plays are absurd, funny, and often a little sad, as are all things in the eyes of Mirabai. She was born and raised in Seattle, Washington, although she also grew up in her mother’s native Malaysia. A recent graduate of the central district’s Nova High School, a Totem Star artist/employee, a 2-time winner of the Young Playwrights Project, and a finalist for MoPOP’s SoundOff!, her love for and dedication to Seattle and it’s art scene are unparalleled. Mirabai’s art is an act of healing; a confusing celebration of her culture, identity, and life. With lots of love, effort, and community, she works to create her own unique sound to tell her own unique story.

Helena is a 17 year old Seattlelite who’s partial to long walks on the beach and rainstorms. She’s been writing for who knows how long and is currently the Cohort Communications and Leadership ambassador for the 2020-21 Youth Poet Laureate program.

Martin Douglas is our fearless leader for the Music as Activism Workshop from 10–11:30 AM! Martin is a local writer and the Associate Digital Content Producer for KEXP. A self-described Seattle music scene kid and the illest writer barely read, Martin is all about breaking down inequitable barriers in the music industry to ensure representation for artists of color and access for all ages!

Martin Douglas is a music critic, journalist, and essayist who has lived in Tacoma since 1998. He is an associate content producer at KEXP.org, where he has written features and maintained the Pacific Northwest-centric column Throwaway Style since 2018. He is also the managing editor of influential hip-hop blog Passion of the Weiss, a site he has contributed to since 2008. Martin has written for many local and national publications, including Pitchfork, MTV News, Seattle Weekly, and City Arts. He authored the personal essay “The Only Black Guy at the Indie Rock Show,” an antecedent to our current environment of exploring racial identity politics in music scenes.

Cameron Lavi-Jones will be speaking on our Becoming an Artist Activist Panel from Noon–2 PM. A strong belief in doing what is right lies at the core of what drives Cameron and his band, King Youngblood, and that belief seeps into his creative expressions as a musician, as an activist, and as a human. “People that look like me have spent too much time being shoved in the shadows. I have a unique privilege and opportunity to look forward into what I think is where we should have been already. I have something to say and I must say it to uplift others.”

He might be young, but songwriter, performer, producer, activist Cameron Lavi-Jones is no rookie. A strong belief in doing what is right lies at the core of his band, King Youngblood. After ten years of live performance, Lavi-Jones is effortless on stage, delivering powerful messages at house shows, venues, festivals, and protests.

Gabrielle Kazuko Nomura Gainor (she/her) is a dancer, writer, and community activist who will be speaking on the Becoming an Artist Activist panel from Noon–2 PM!

Gabrielle Kazuko Nomura Gainor (she/her) is a dancer, writer, andvcommunity activist who’s received grants from Seattle's Office of Arts & Culture and Washington State Arts Commission. The lobby displays she helped create for Seattle Opera’s Madame Butterfly were praised in The New York Times ("Classical Opera Has a Racism Problem" by Katherine Hu). Additionally, Gabrielle has spoken on KUOW regarding Asian stereotypes in ballet. With Seattle JACL, she has recently co-organized online workshops for youth of color, including “Mixed Race Seattle,” and “Uprooting Anti-Blackness in the Japanese American Community” (coming this winter).

Naa Akua, a Ghanaian and Bajan queer poet, emcee, actor, and educator. Naa will be speaking on our Becoming an Artist Activist panel from Noon–2 PM!

Naa Akua is a Ghanaian and Bajan queer poet, emcee, actor, and educator. Naa was a 2019 Citizen University Poet-in-Residence, they are a WITS writer-in-residence, a co facilitator and teaching artist for Young Women Empowered and has recently become a teaching artist for Hugo House.

Dakota, who believes in creativity as a record of interaction with the spirit realm, will be speaking on our Becoming an Artist Activist panel from Noon-2 PM!

Dakota Camacho
Dakota believes in creativity as a record of interaction with the spirit realm. Exploring the overlap between integrity, ancestral/indigenous life ways, true love, and accountability, guiya (they) activate a Matao worldview to make offerings towards inafa’maolek (Balance and harmony with all of life). Weaving through languages of altar-making, movement, film, music, and prayer, guiya (they) generate moments of encounter with self, each other, spirit, and the natural world. Yo’ña (their) work enacts spaces where multiple worlds, ways of knowing, being, and doing speak to each other to unearth embodied pathways towards collective liberation.

Shane Roberts
Shane Roberts, the 24-year-old Columbus native traces his love for art and design all the way back to the days of watching his father work in the garment industry. Growing up and seeing various hangtags, zippers, and packaging labels sparked a desire within Shane to create meaningful/tangible pieces that people could hold onto for years to come. Fast-forward to the present day, he is doing just that. Shane spends most of his time growing and designing a clothing brand called Love yourself; an apparel campaign that passionately advocates for mental health and awareness. When you mix in Shane’s heart for people and his love for music, it is very evident that he is not just a graphic designer, but rather a blessing to everyone he comes in contact with. Among many others, his goal is to spend his days helping independent artists and creatives by using his skillset to add value to those who may be deemed as “underdogs”.

Check out Shane's work at www.shaneymike.com and on Instagram @shaneymike. 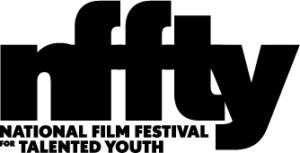 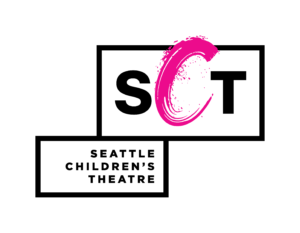 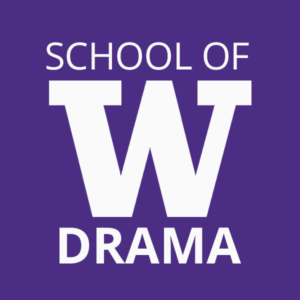 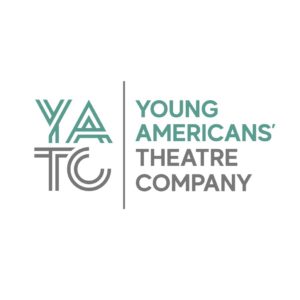