Review of The Cocktail Hour: Music of the Mad Men Era at Seattle Symphony by Iman B. 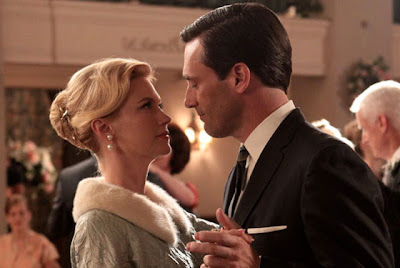 Betty and Don enjoy some tunes
Guest conductor Steven Reineke's shiny tie and suit set the tone for Seattle Symphony's "Mad Men era" show that took every listener back to the high-class parties of the 1950s and 1960s. The performance was filled with bossa nova tunes that were lighthearted and fun.

The baby-faced guest performing group Vocalpoint! added youth to a set list that was visiting the past. While guest performer Hugh Panaro was almost all you could ask for in a male singing the era's music, his voice lacked the tenderness that is often found in the pieces that the likes of Tony Bennett and Frank Sinatra made famous. 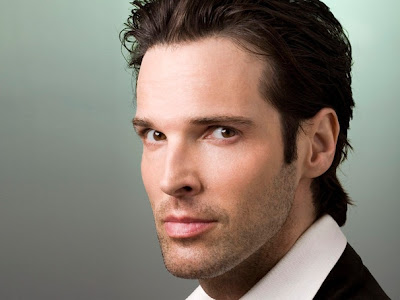 Broadway star Hugh Panaro is almost all you could ask for
By far, the highlight of the night was the high energy performance of the Symphony and not its guest singers. Entertainingly, the orchestra's liveliness could be traced back to its conductor, Reineke, who at times conducted more with his hip movements rather than with his baton. 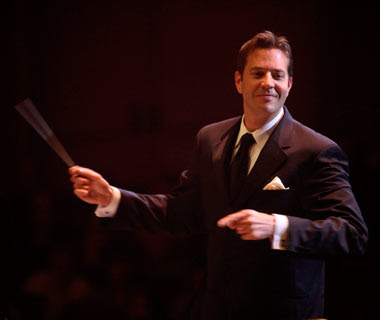 Conductor Steven Reineke swings his hips
However, the concert did not remain stuck with its TV show-inspired 50s theme, because concert-goers were brought back to recent times by the Symphony's performance of Amy Winehouse's You Know I'm No Good.

All in all, this fun pops concert was one that everyone and anyone could thoroughly enjoy. And if you didn't catch this concert make sure you catch the next pops line up the Symphony puts together, because as Hugh Panaro sung, you'll be "Feeling Good" by the end of the concert.
The Cocktail Hour is over, but you might be interested in Sonic Evolution, brand new symphonic compositions inspired by Alice in Chains, Blue Scholars and Yes.
Friday, October 26 at 8:00 PM
More info at seattlesymphony.org