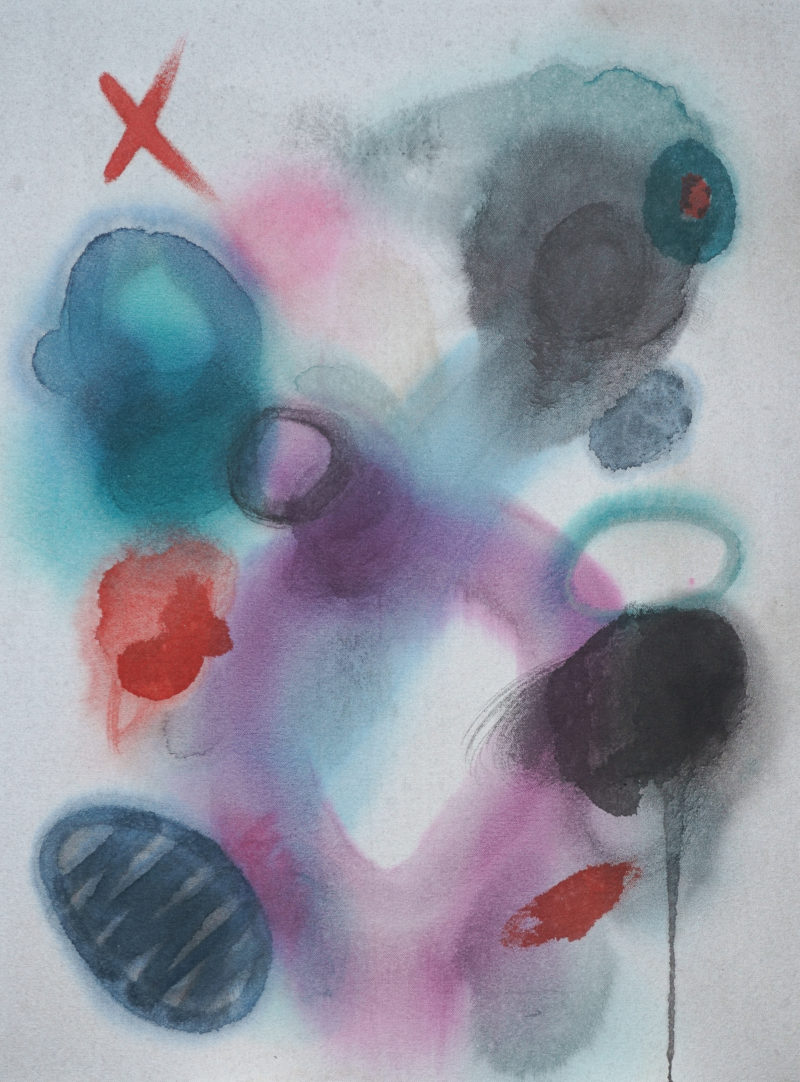 At the Henry Art Gallery, everyone wants to see the Skyspace, an oval-shaped building with an oval-shaped skylight. To get to this famous exhibit, you have to pass through a small, square room. Most people give a few seconds or minutes of a glance before moving on, either to the Skyspace or to another more popular exhibit at the Henry. Within this room is Viewpoints. It’s essentially a rotating display: works from various artists that center around a different theme each time it’s changed.

Double Dare Ya, the most recent iteration of Viewpoints, features works by Amanda Ross-Ho, Marsha Burns, and Justine Kurland. They center around the reality of teenage girls—facing vast change, transience, and the rigidity of femininity. Amanda Ross-Ho, Untitled (SIMPLE PLAN), 2013. Acrylic on dyed canvas. Photo Courtesy of the Henry Art Gallery. 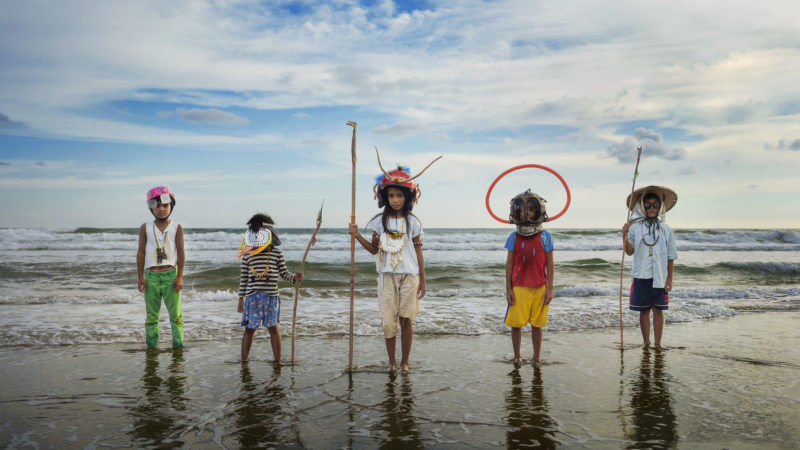 Our Blue Planet: Global Visions of Water is a temporary exhibit at the Seattle Art Museum (SAM), chronicling the privileges and powers humanity has over water. The exhibit features works from a wide array of mediums including photography, film, painting, sculpture, and various textiles, analyzing the sustaining role water has played in the past, and what that can mean moving forward.

Pushing the boundaries of what a single exhibit can be, Our Blue Planet contains the works of 74 artists from numerous countries and Indigenous tribes. The exhibit is not limited by a certain medium, location, point of view, age, or history; rather, it embraces the duality of art forms to create an immersive experience. The multitude of forms the exhibit takes emphasizes the universal need for a healthy planet. Ultimately, the exhibit comments there is no place or person who will not be affected by climate change. 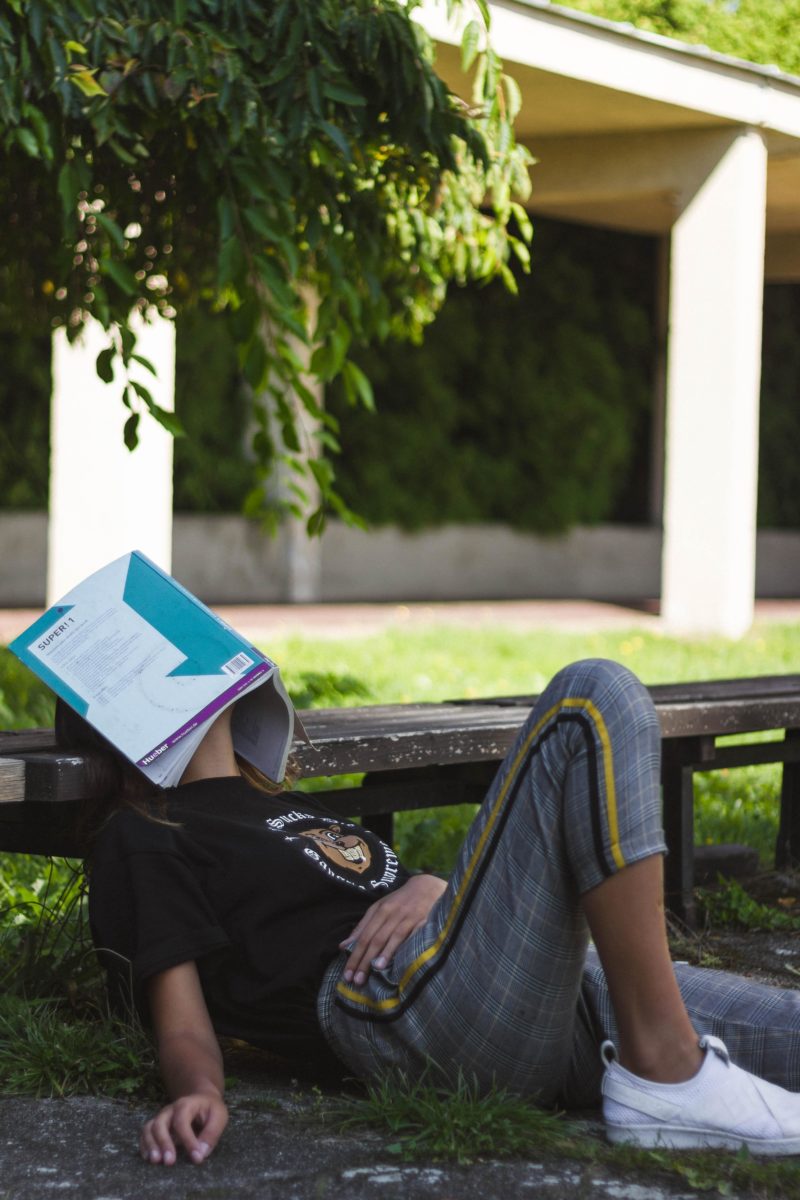 Exam season is in full swing for teens across the country. It can be difficult to ease the waves of stress that accompany exams. We at TeenTix would like to reassure our readers that we have full faith in their abilities. Whatever happens, it will be alright! De-stressing is important for success, both personally and academically. We hope that readers will set time aside to take care of themselves by participating in art, be it a classical music performance or a modern film! There’s a huge selection of events that will be happening this month, and we’d like to highlight just a few that we hope you’ll enjoy.

From May 20-21, Pacific MusicWorks will be holding their music show, Wayward Sisters: A Dynamic Tapestry of Sound, at Benaroya Hall. The event will be an ode to 17th century soprano trios, reimagining the major works of the century as theatrical events. If you’re looking for something more contemporary, catch SIFF’s film Hatching. The film follows a twelve-year-old gymnast as she confronts her conflicts in the form of a fantastical, yet increasingly grotesque, creature that hatches from an egg that she finds in the woods. 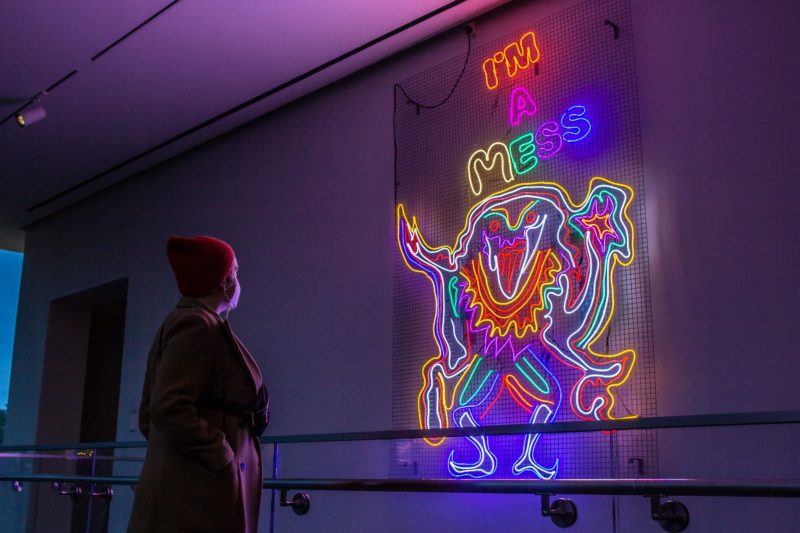 When you walk to the back of Seattle Asian Art Museum, across from the floor-to-ceiling windows looking out over Volunteer Park, you experience a neon vision. The museum’s Embodied Change: South Asian Art Across Time starts here with Chila Kumari Singh Burman’s visual art piece Kali (I’m A Mess). With this commencing motif, Burman uses a historically revered Hindu goddess to reflect on societal concerns from the year of its conception, 2020. The words “I’m A Mess” glow above a technicolor image of Kali, eyebrows raised and tongue out. Although this is not a message commonly associated with the figure, Burman uses Kali as a symbol of rebellion and liberation to ask the question—“Can Kali drive time forward into a brave new world where we are no longer a mess?” In the 6th century, the Hindu philosophical text Devi Mahatmyam, or “Glory of the Goddess,” denoted when the worship of the female body became a part of Hindu tradition, which set the stage for works like Burman’s in the 21st century.

Burman’s work demonstrates how historical images, the ones deep rooted in cultural history, can be used to make implications about our modern world. This idea is echoed throughout this exhibit. Although South Asian Art cannot be defined as one thing, as South Asia and South Asian identities do not take a singular form; as she shared in an interview, it was a goal of the curator Natalia di Pietrantonio, “to show the expanse of the South Asian field by purposely including artists from across the diaspora.” This idea of dynamic identity and reclamation are echoed throughout Embodied Change and are told through the lens of the human body, specifically the female form. One thing that I believe unites these works is the burden of inheritance. There are certain things that we inherit through our heritage without us making the choice to do so. What we do choose, however, is how we carry this inheritance.