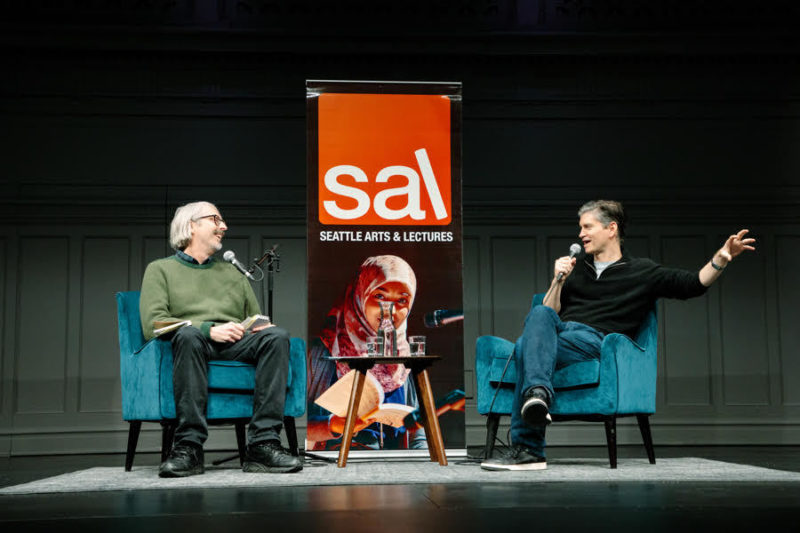 Michael Schur in Conversation at Seattle Arts & Lectures explores the intersection of comedy, philosophy, regret, and hope. Although it is not a narrative experience, Schur’s humorous anecdotes and philosophical ramblings are as cohesive and entertaining as most stand-up comedy sets.

Schur is one of the brilliant minds behind many popular modern sitcoms, including The Office (U.S.), Parks and Recreation, and The Good Place. He also served as president of the Harvard Lampoon and led Weekend Update at Saturday Night Live. George Meyer, a former writer of The Simpsons, joins Schur to facilitate the dialogue. If you were wondering, yes, this is what non-denominational comedy heaven looks like. Michael Shur in Michael Shur in Conversation. Photo by Libby Lewis Photography. 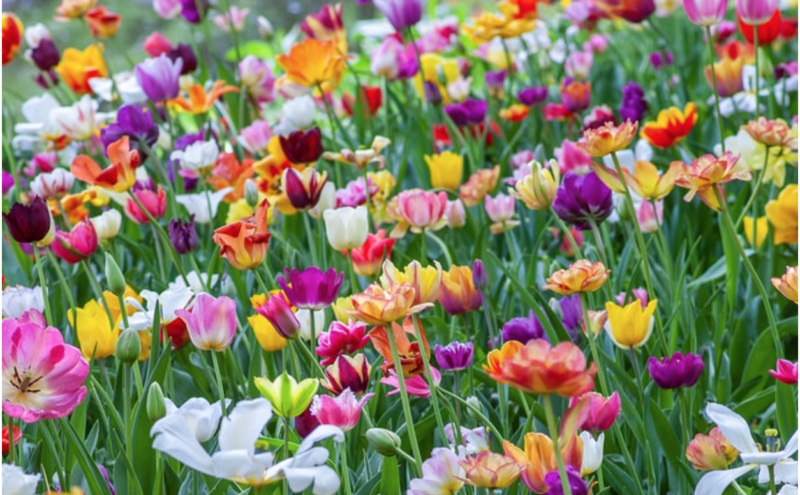 As the Seattle rains begin to let up–how much ever Seattle rains are capable of letting up– flowers are blooming and Spring is in the air, and so are a blossoming reprieve of arts events! The vibrant and vivid colors of March are glistening in all of our curated events this month, as you get to reimagine pop culture and history through an evolving, artistic lens.

If you’re a fan of fairy tales, come see how Seattle Children’s Theatre puts a new spin on a classic Grimm story with Red Riding Hood. In this adaptation of the iconic red-caped heroine’s tale, a mysterious delivery driver questions the integrity of world-renowned actor Wolfgang, sparking a wild adventure. In Teenage Dick at Seattle Repertory Theatre, another classic, Shakespeare’s Richard II, is reimagined as a twisted, modern high school revenge tale. 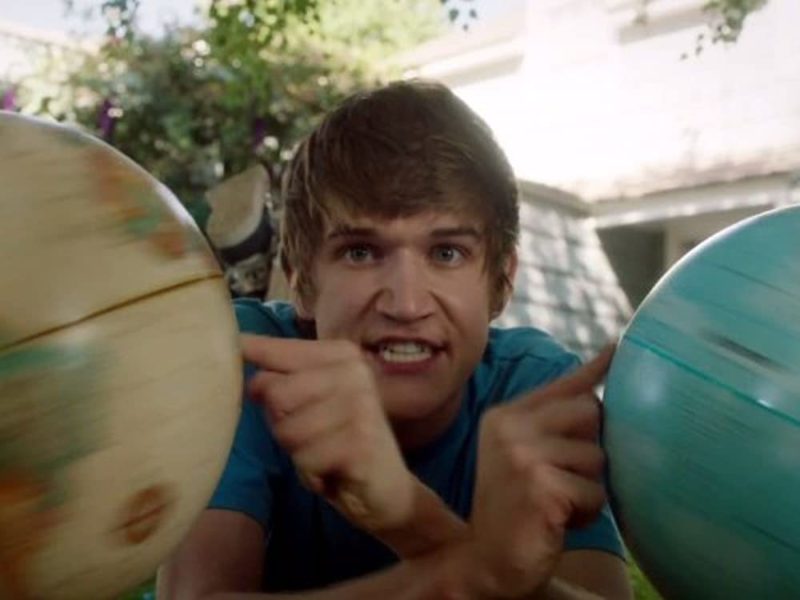 In the late 19th and early 20th centuries, many architects were guided by the maxim that “form follows function.” In the early 21st century, based on the success of shows such as Modern Family and Parks and Recreation, many television writers are guided by the maxim that “mockumentaries make money.” While story structure differs from architecture, the symbiotic relationship between the format and content of Bo Burnham’s 2013 sitcom Zach Stone is Gonna Be Famous makes for a triumph in bingeable situational comedy despite the show’s occasional lazy humor.

Zach Stone is a mockumentary series that captures the life of a high school graduate played by Burnham who chooses to use his college fund to hire a film crew to document his life rather than pursuing higher education. Each episode features a zany get-famous-quick scheme that inevitably goes awry, forcing Zach’s friends and family to save him. After one season, MTV canceled the show. 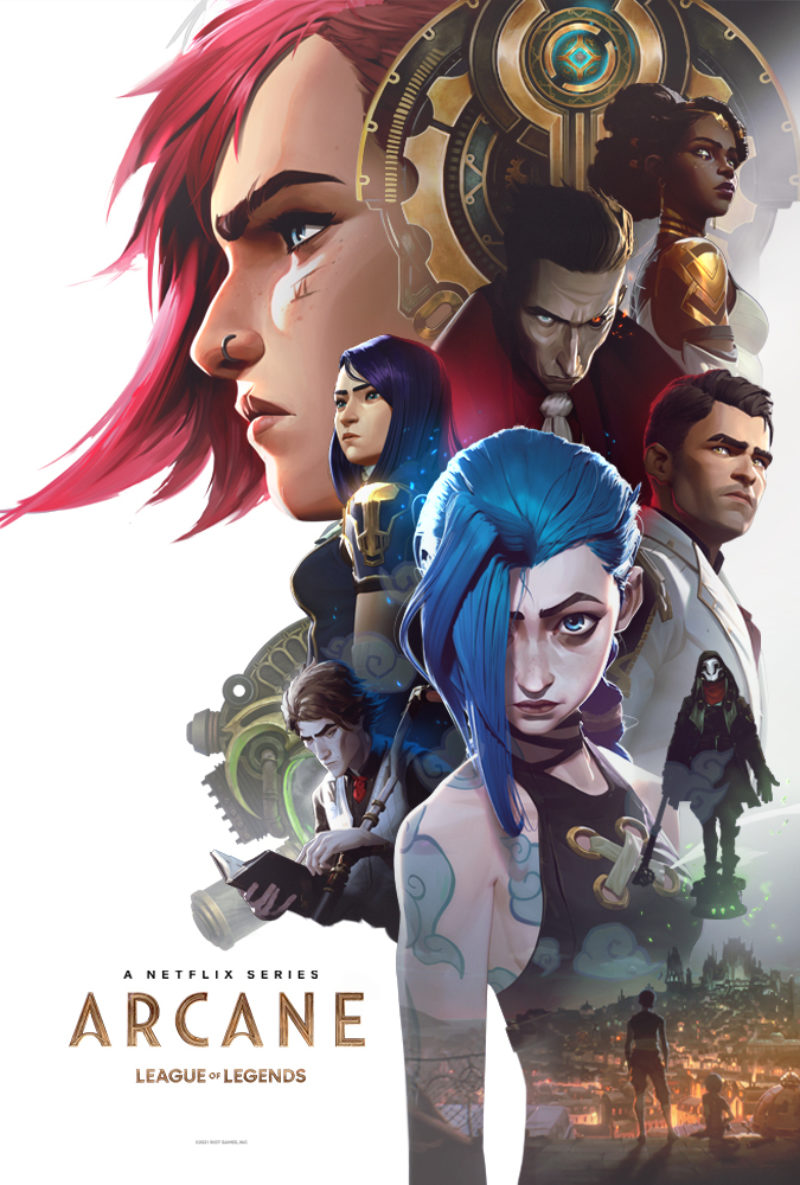 The Teen Editorial Staff teamed up once more to bring to light some different perspectives about the recently released Arcane: League of Legends (2021). Read on to see how anyone can gather enjoyment from this new Netflix series, whether or not you're an avid video game enthusiast. DISHA

Having no interest or experience in video games except for the pesky midnight screaming of my brother in the neighboring room, I was pleasantly surprised by Arcane: League of Legends. The unique animation style with its fresh coloring gives life to the characters; the 2D textures utilized to create the backgrounds of certain scenes contrast brightly with the fleshed-out 3D characters, fabricating a somber mood. The brunt of the storytelling is conveyed through an ethereal narration that harkens to a gruesome yet hopeful past (courtesy of Hailee Steinfeld) and lends to the meaningful themes in Arcane’s narrative. The plot hoists itself on the legs of stories and tropes already told—innocence inevitably corrupted by society’s ruthlessness, lost sisters, warring siblings, a battle for the ages—it’s a tale as old as time, pioneered by predecessors such as Avatar: The Last Airbender and The Dragon Prince. However, the show’s worldbuilding and portrayal of war and society is so bracingly revolting, that it highlights a welcome, adult perspective in animation—mostly afforded by its unapologetic swearing and sexual plotlines. 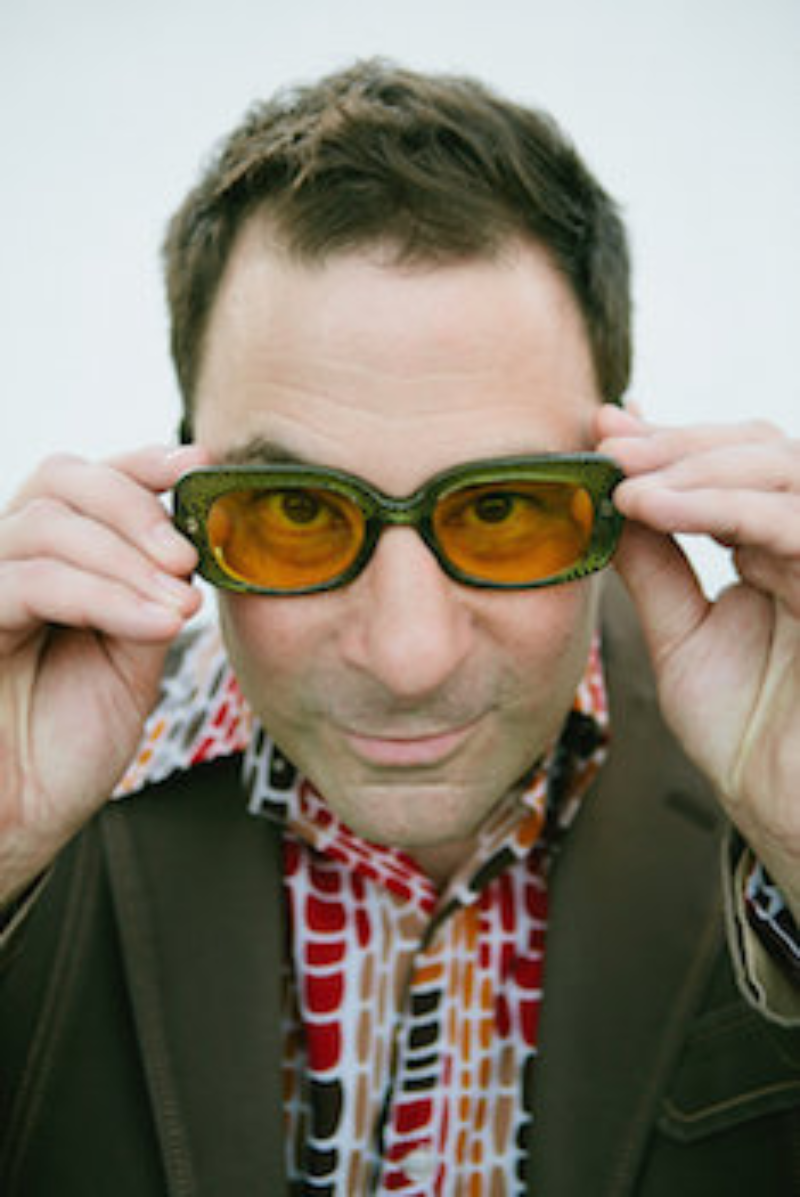 [Interview has been edited for clarity and length]