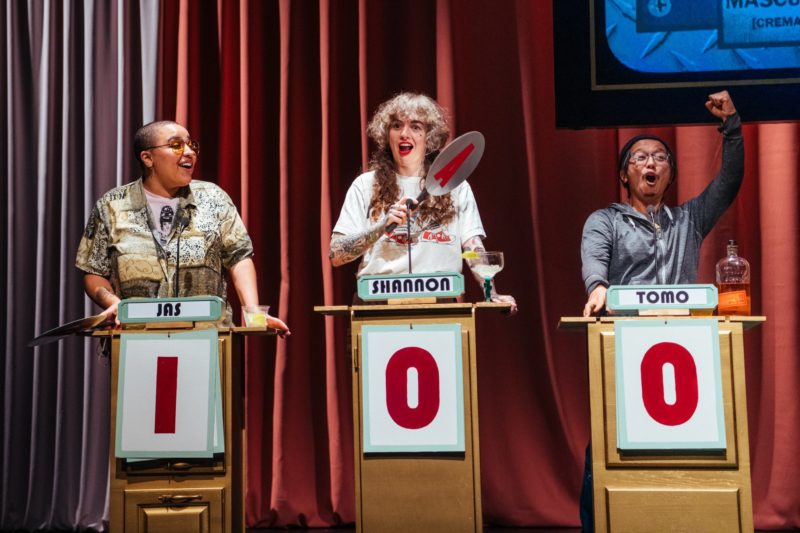 The Future is 0 is an exhilarating night of satirical, refreshing commentary on our current society in the form of a classic game show, hosted by Clay Buff (Claire Buss) and Kat O’Hara (as herself). The show is, in the words of the hosts, “a battle of mental, physical, & psychological challenges” in which three contestants play a variety of absurd games. The contestants spin a wheel to choose the games, which are previewed with hysterical, Adult Swim style animations designed by Nick Shively, who also runs the booth. Subtly, one of the best parts of the show is the retro synth-pop theme music that plays throughout (and I am currently petitioning for its release onto streaming platforms).

Before the games begin, the main host Clay Buff performs her three-minute opening monologue during which an audience member is picked from the crowd to sit in the “Chuckle Throne.” A camera monitors the person's face and will sound an aggressively loud alarm whenever the person isn’t actively smiling and laughing. Besides being a hilariously bizarre intro, this establishes a key part of Clay’s character. Through her need for constant validation and praise and by forcing this audience member to smile and laugh the whole time we see her dictatorial manner. Her take on the classic game show host was eerie and fantastical and had a hypersensitive performative progressiveness that, while a commentary on our “fauxgressive” society, made her character refreshingly new but simultaneously all too familiar. 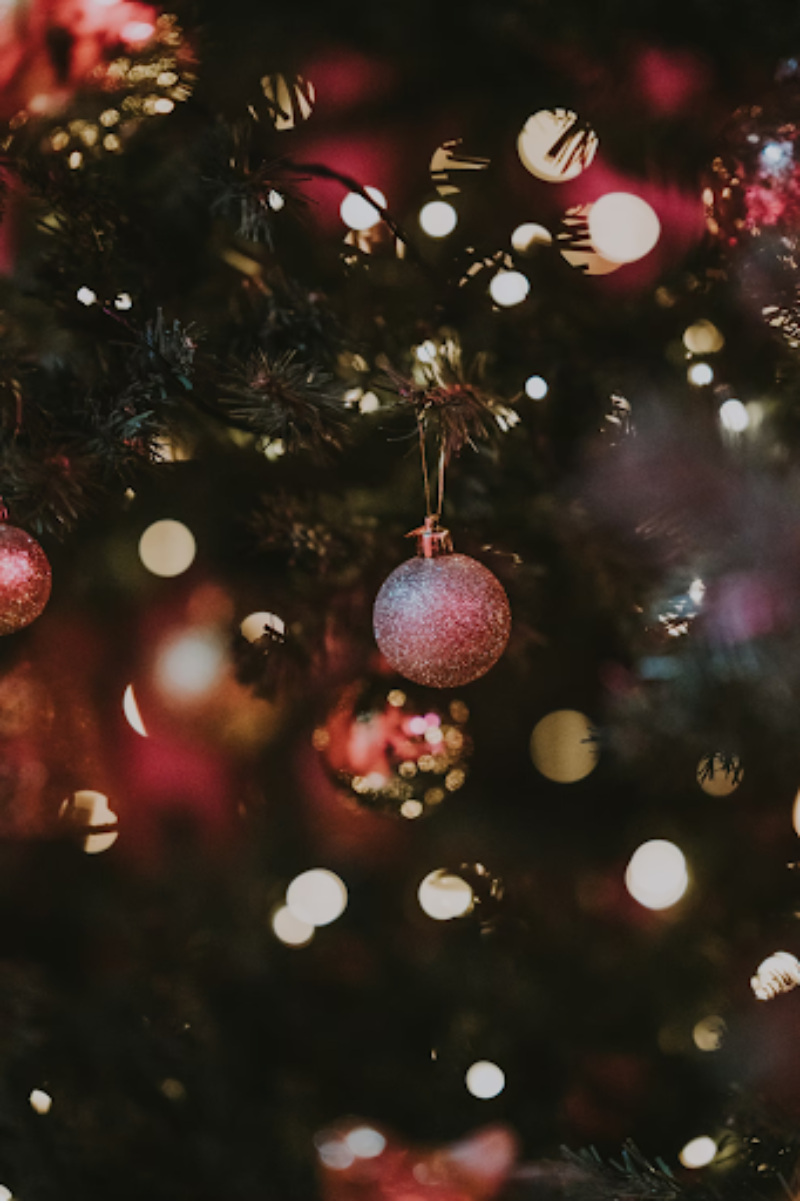 It’s that time of year when you look back and wonder where all the months have gone. Just yesterday it seemed like everyone was cheering at 2020’s end, and here we are now, just a month away from 2022. There are many things to be thankful for this year, but there are also many ways to celebrate this new beginning. TeenTix hopes to offer a sampling of all types of nostalgia and anticipation this holiday season, so come and join us in seeing some truly magical art.

Has COVID and all-virtual gatherings been making you miss that spark of connection with others? Then you should come see The Future is 0, a live show at On the Boards that promises to keep the audience on their toes with satirical commentary and a unique twist on a game show format. It seems like improv is everywhere this month—we’ll also be covering Uncle Mike Ruins Christmas at Jet City Improv, a show where your favorite family memories will be retold, live, with a comedian’s twist. 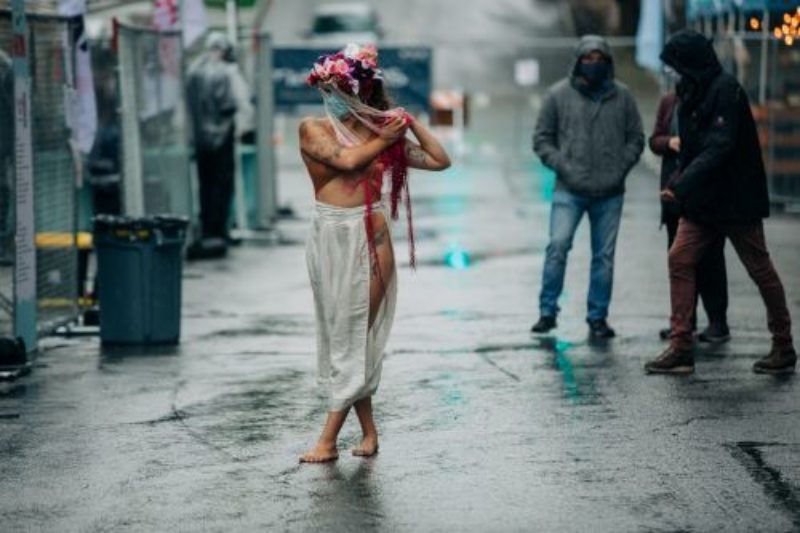 Last weekend’s HOMECOMING Performing Arts Festival from Intiman Theatre was a true celebration of joy. Walking into the festival, the love and effort could be immediately recognized: the patterns on the wristbands were beautifully drawn and the staff had towels on hand, constantly wiping seats off to make the event more accessible for their disabled or older guests. The pride was clear and well deserved.

The media constantly bombards us with news and images of trauma, loss, and marginalization—with the immense suffering of marginalized people becoming a staple in news today. Desensitization to such topics is becoming increasingly, and worryingly, normal. While it's essential to recognize systemic challenges to be able to invoke change, it’s just as important to showcase the togetherness and joy of POC and LGBTQIA+ communities.