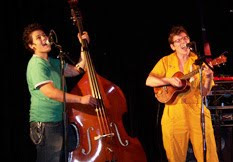 I have many things to say about this documentary. I tried to come up with some good comments but just couldn’t get there.

In Riot Acts, the Trans-people never seem to be truly happy, it is inappropriate for all ages up to 17 and it will raise many slightly disturbing questions in your mind. The music is dreary, the theme is rebellion and the performer’s attire in some of the scenes is way too skimpy, bordering on nudity. A few of the interviewees have extremely foul language. The genre of the music, for the most part is punk rock.

Riot Acts was a bit of a stretch for me to make. It shoved me out of my comfort zone into the realm of the unknown, and I don’t know if I liked the excursion. The trans gender people I have met are sweet, and this is a misrepresentation of many in the trans community.

The many sex-themed scenes are a bit disturbing, this was at times, very blasphemous, and this is definitely for the mature viewer.