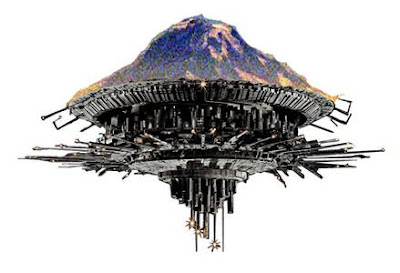 An ingenious and strange new exhibit is coming to the neighborhood. Using ordinary materials such as PVC pipe, Styrofoam, and Scotch tape, Seattle native David Herbert will build a recreation of Mount Rainier atop the heavy artillery alien spaceship from the popular film Close Encounters of the Third Kind. Join Herbert in a two-week open studio at Henry Art Gallery and see the madness for yourself!