It's a week so huge, we couldn't pick just one thing. Here are our TWO picks for this week: 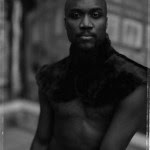 The Creation Project is the CD Forum's annual showcase of some of the most talented Black performers around. This year's showcase features a "post-punk epic faerie tale" from okanomodé (aka SoulChilde), The Twisted Tale of Two – a Circus Opera by Cristina Orbé, Wild Tales of a Renegade Halfbreed Bulldagger by Storme Webber, and The Year the Revolution Came to White High School High, a one-woman play by Amontaine Aurore. 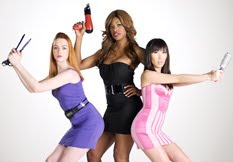 Reality TG There has been an explosion of transgender people on talk shows, dramas, and especially reality television. We’ll screen some recent episodes of reality programs that feature transwomen as cast members and discuss how this representation affects the whole trans community. Thurs May 13, 6:15 pm, Capitol Hill Library, FREE

Riot Acts This documentary follows the careers of some of the best and brightest musicians playing across North America today. With interviews and performances by first rate musical acts such as The Clicks, Coyote Grace, Katastrophe and The Degenerettes, RIOT ACTS explores the passion these musicians have for their craft, the impact gender has on their careers and their perspectives on a wide array of topics from their audience to their lyrics.

Translations
May 13 - 16
For the full festival schedule, visit threedollarbillcinema.org.
NOTE: The films in this festival are unrated and may contain mature material. Contact Three Dollar Bill Cinema at 206-323-4274 for more information about the content of individual films.