Review of Shadows of a Fleeting World: Pictoral Photography and the Seattle Camera Club @ Henry Art Gallery by Isabella F. 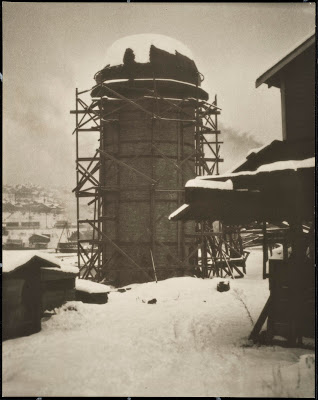 Dr. Kyo Koike. Reconstructive. c. 1930. Gelatin silver bromide print. University of Washington Libraries, Special Collections, UW29048z.
Shadows of a Fleeting World is a very striking photography exhibit. The photographs taken in the time period between the World Wars shed a light on everyday life in Seattle during the early 1920’s. Similar camera clubs in San Francisco and Los Angeles only accepted Japanese immigrant men into their groups, but Seattle’s club had more diverse membership. Club members were not only Japanese males but also women and whites. The inclusive nature of the club is made more striking by the fact that these Japanese immigrants were not able to gain citizenship. 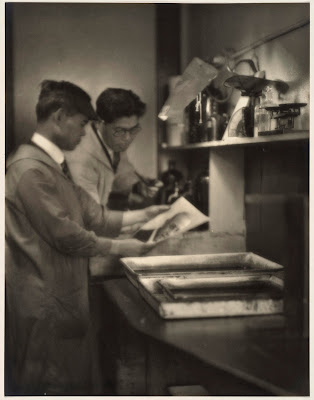 Ella McBride. Judging a Print. c. 1926. Gelatin silver chloride print. Private collection.
One photograph, by Hideo Onishi, stood out the most to me. A man stands on a rowboat with a still lake in the background and small ripples on the water. Each subject has complete black and white contrast and the water from the lake can be seen dripping from the man’s coat. Much of the exhibit includes work by Dr. Kyo Koike. His most dramatic piece for me is of the ocean from far above with a man in a rowboat as a speck on the water. Every time I walked past this photo I felt a sense of enlightenment. Other works by him are just as beautiful and moving. One of the highlights of the exhibit is an array of greeting cards sent to Dr. Koike from around the world. 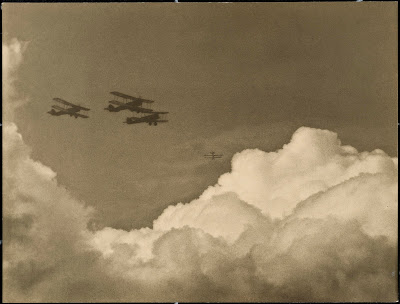 Yukio Morinaga. Magellans of Today. c. 1925. Gelatin silver print. University of Washington Libraries, Special Collections, UW29044z.
A photograph taken of the Seattle skyline has dramatic cherry tree branches in the foreground and a lighter view of downtown Seattle behind a deep layer of clouds. The Smith Tower is the skyline's only skyscraper. Scenes like these produce not only incredible composition but a view into the history of Seattle. More lighthearted photographs by Wayne Abee focus on dancers and actors dressed in elaborate costumes. The variety of scenes and types of photographs in the exhibit kept me enthralled for well over forty-five minutes.

The 1928 American Annual of Photography wrote about the club, “The influence of this group on our Pacific coast has put a lasting mark on photography in the country, the repercussions of which are echoing throughout the world.”