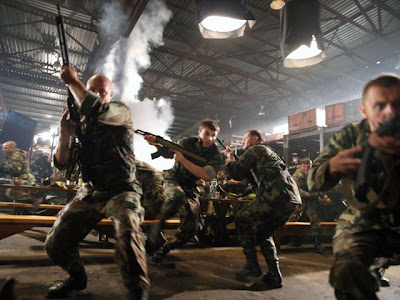 The gnawing human desire for money and power takes over a group of video gamers who have been transformed into professional fighters. After a video game designer tests out his new transforming disks on a group of these video gamers, each of their superpowers brings them into contact with an extremely powerful international organization. Now, the film follows the lives and decisions of these gamers as they are forced to choose between power and what is right. Vampire and his girlfriend Rite decide to stay clean and destroy the transformative disks. Doc leads the rest of the team to attempt to obtain the disks in order to use them. 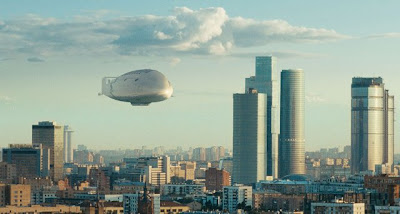 The unpredictable twists of the plot keeps the viewer enticed for the entire two hours of the film. The rupture in the plot seems to be inside the minds of the characters, not outside dangers. Characters have to learn to trust each other in order to survive under the trickery of power. The director, Pavel Sanayev, adds brilliance to the film by fully developing the body language of each character. The transition between the nerdy gamers and the unbeatable fighters also has an emotional toll on the characters which is well outlined in the film. 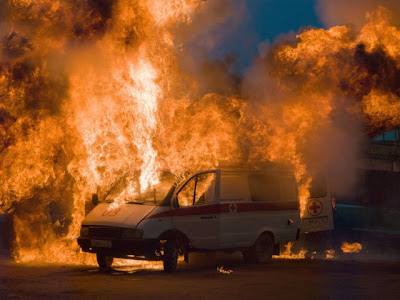 The only qualm I have with the film is the plot is very hard to follow, due to the quick banter of Russian and the distracting scenes. I would give it four out of five stars for lack of a deeper meaning in the message of the film. If the characters had harbored personal issues in the beginning of the film that needed mending the emotional element of the film would have been far more interesting. I would recommend it for ages 16 and up.