“Give me a museum and I will fill it.” ~ Pablo Picasso

Picasso Behind a Window, 1952
Robert Doisneau, French, 1912–1994
Archives Picasso, Courtesy Musée National Picasso, Paris, © atelier Robert Doisneau
Upon learning that Picasso: Masterpieces from the Musée National Picasso, Paris would be at the Seattle Art Museum, I watched my Rick Steves videos over and over, memorizing Rick’s personal observations, and the historical accounts of the daily moments of life which provided bits of inspiration for Picasso to personally work through. Tom Petty sings “The waiting is the hardest part,” and I must agree. But now our collective waiting is over…let the joyous exploration of Picasso begin!

The picture below makes me think of the 3 witches in Macbeth: 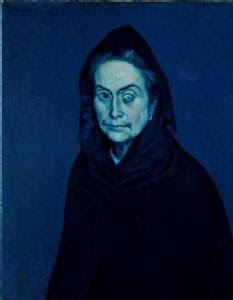 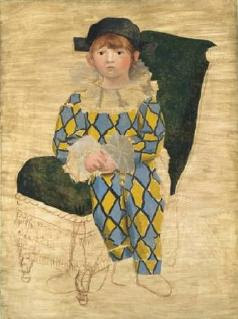 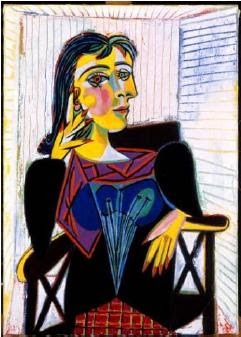 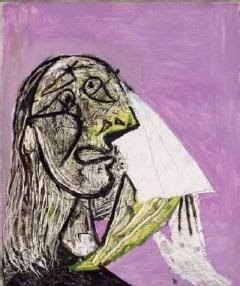 La Femme qui pleure (Weeping Woman), October 18, 1937
Pablo Picasso, Spanish, worked in France, 1881-1973
Musée National Picasso, Paris
© 2010 Estate of Pablo Picasso / Artists Rights Society (ARS), New York. Photo Credit: Jean-Gilles Berizzi / Réunion des Musées Nationaux / Art Resource, New York.
Using simple tools to communicate, the works of Picasso strike a chord which resonates deep within me. It is just as Picasso himself once commented, “Painting is just another way of keeping a diary.” Pages of his diary (sketches) on display as part of Picasso reveal the beginnings of Guernica, an enormous painting commissioned for the pavilion of the Spanish Republic at the 1937 World’s Fair in Paris, which expresses searing outrage over the bombing of the Basque village of Guernica on April 26, 1937. Guernica reminds me of the words from the song “Sunday Bloody Sunday” by U2…“How long? How long must we sing this song?” 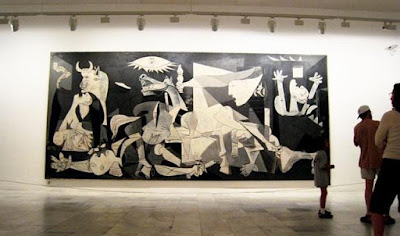 Guernica on display at the Museo Reina Sofia in Madrid, Spain
As your faithful Teen Tix reviewer and a volunteer of the Seattle Art Museum, I encourage you to attend this unique exhibition. This is your opportunity to peek into Picasso’s diary. If you choose to attend, please leave a comment below. I‘d love to hear about your experiences with, and responses to Picasso.

I would like to thank all of the people who brought Picasso to SAM, who trained me, and provided me the opportunity to participate as a member of the press. I would also like to thank Rick Steves who has made it possible for me to experience the different places, and cultures of our world through his shows…you put a face to the “humans” in Humanities. Thank you.

Picassois NOT Teen Tix eligible. Student (w/ID)/youth (13-17) tickets are $18. But, there are a few ways for you to see this exhibit for less:

For more information about this exhibit, including a full calendar of special events, visit picassoinseattle.org.

Going to Seattle Art Museum for the first time? Write us a note about it, and you might win a fabulous prize pack including tons of tickets and memberships to local arts venues. It's the Teen Tix (he)ARTSCrush Adventure Quest! All you have to do is go to this form, write a note (150 words or less) about your experience at a new-to-you arts venue, and hit "Submit." Boom. You're entered to win. Do it over and over and over again and you might get crowned Seattle's Bravest Young Arts-Goer TM. More details here. Good luck!