Review of HELP at SCT by Jamie K. 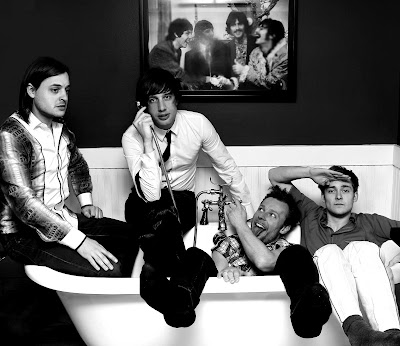 Photo by Chris Bennion
Seattle Children’s Theatre's production of HELP is one the of the best performances I have ever seen. It is for music lovers as well as regular theater goers. The play, which takes a deeper look into the struggling early years of the Beatles, is wonderfully put together by director Moniek Merkx. SCT’s Artistic Director Linda Hartzell first saw Merkx’s HELP in the Netherlands and immediately wanted to bring it to America. Bringing HELP to the United States has actually been in the works since 2009, when initial discussions began about translating the show from Dutch to English. 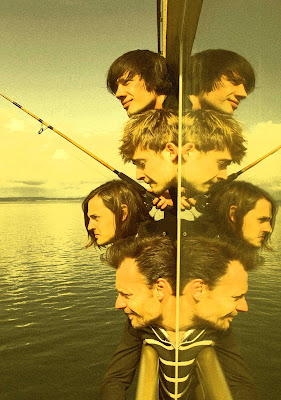 Photo by Chris Bennion
The performance is somewhat a mix of a concert and play, which is great for anyone who enjoys rockin’ live music. The other great thing about HELP is that all the actors are actually musicians who perform all the Beatles’ songs live. I was very excited when they started to play the instruments, and they weren’t just faking. The entire cast plays an instrument at some point, with John, Paul, George, and Pete playing the majority of the time. 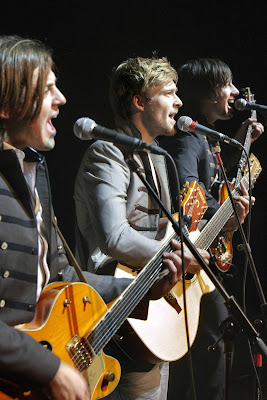 Photo by Phile Deprez
Another interesting note is that all the actors who are in the performance are Dutch, and they all re-learned their parts in English when it was announced that the show would be touring to the United States. Erik van der Horst, who plays George Harrison, is definitely one of the most talented. Not only can he play the great guitar solos that Harrison was known for, but he also shows the most range as an actor. Lottie Hellingman, who plays Nancy, the die-hard fan (as well as all of the other female characters in the show, including Lennon's mother), is also very talented. At one point she could be running around the stage singing, and then at the next moment she could be having a somber conversation with John. Matthijs van de Sande Bakhuyzen plays the complex role of John Lennon. He is great at showing the difficulties between Lennon and his mother, as well as his role with the band. Viktor Griffioen plays the role of Pete Best, who was the original drummer for the Beatles, and also shows great range. He plays the gradual disintegration of his friendship with the rest of the band members very clearly. 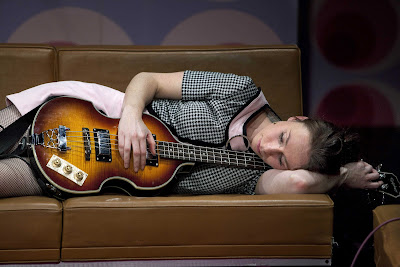 Lottie Hellingman
Photo by Joep Lennarts
Sanne Danz, the set designer, brings a modern and unique feel to the stage. With its bright colors and somewhat strange look it almost reminded me of the cover of the Beatles’ eighth album Sgt. Pepper's Lonely Hearts Club Band.

As HELP nears its conclusion and the performers prepare to end the show with a bang, you have to remind yourself that you’re at a play and not witnessing the reincarnation of Beatlemania.

HELP
Through May 13, 2012
More info at sct.org
Our Sixties Time Machine Beatlemania Party Saturday, April 21st is SOLD OUT. If you don't get to come to the party, we encourage you to check out HELP another day. Your Teen Tix pass is good for $5.00 day-of-show admission to any public performance of HELP (and 2 for $10 admission on Sundays!)