Danger. Mystery. Unpredictability. These are the ideas at the heart of Olivier Wevers’ 3Seasons, a modern take on Vivaldi’s Four Seasons performed by Wevers’ own dance company, Whim W’Him. Wevers states that he was inspired by the changing weather. He found himself wondering, one year when it rained throughout the whole summer, “where did the summer go?” This idea developed into the innovation that sets 3Seasons apart from other contemporary ballets. Earlier on in the day of the performance, a season is randomly chosen. The recording of that season is dropped and replaced by Byron Au Yong’s modern take on that season, performed live by incredible musicians situated around the stage. The switch, which is not known until the day of the performance, creates a feeling of danger for the performers, who must dance their choreography to completely different music than they have practiced with. 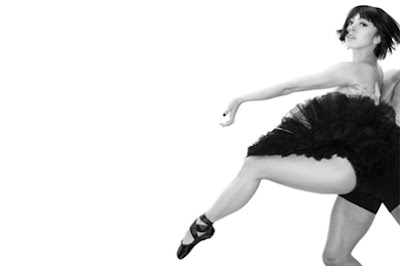 Wevers hopes that this music will evoke feelings from the viewers as well, whether they love the change or they hate it and want to go back to Vivaldi. I personally fall under the category that loved it. In the performance I attended, the missing season was Vivaldi’s Summer, replaced by Byron’s chaotic modern sounds of oppressive heat. The music had a radically different feel to it than Vivaldi, and it really changed the way the section was performed, compared to the rest of the seasons. The dancers quite literally relied on the sounds of each other’s breathing more than they relied on the music. Visually, this created the kind of genuine closeness and chemistry seen at the very highest levels of dance. But while the altered section is where this was most easily visible, the dancing was superb throughout the entire performance, easily rivaling any of the more established dance companies in the area. Wevers’ choreography was outstanding. It was just the right amount of breathtaking lifts and humorous tidbits interspaced with thoughtful reflections on our society, which ranged from ballerinas stuffing their costumes with plastic bags to a man dancing a woman’s part and vice versa to literally discarding a ballerina in a trash can.

Wevers has certainly gone above and beyond with his dance company’s first performance. His creative choreography and the talented people who dance it have me eagerly awaiting to see more of Whim W’Him.

3Seasons is closed. Next up at On the Boards: Brazilian street dance with Grupo de Rua, January 28-30. More info at ontheboards.org