Though a most humble breakfast food, it was a bagel that taught Nigerian author Chimamanda Adichie, one of The New York Times’ “20 Under 40” authors, the delight of literature. 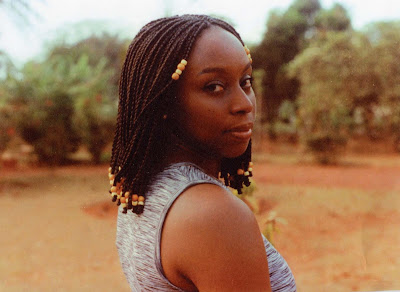 Colonization had left Nigeria with a definitively European literary taste. When she was a young child, Adichie explained in her lecture at Benaroya Hall on May 2nd, she read British children’s literature. Consequentially, young Adichie began imitating the “Britishness” of the books she read: her characters all had white skin, drank Ginger beer, and ate apples instead of mangos.

She was also particularly intrigued by a delightfully exotic-sounding food called a “bag-elle.” Though she would later learn that this “bag-elle” was actually nothing more than a dense donut, Adichie came to see that merely reading about a bagel had sparked in her the delight of imagination, the “extravagant joy” of literature.

This uniquely demonstrates Adichie’s own literary experience between worlds. As a Nigerian woman with an American education, Adichie came to learn first hand the difficulties in writing in another language about Nigerian culture. When she first arrived on her college roommates’ doorstep, they were surprised at her jeans and excellent English. “Where did you learn to speak English so well?” they asked, not realizing that the official language of Nigeria is English. The Nigeria they pictured was the Nigeria of Achebe’s Things Fall Apart, the Nigeria of 100 years ago. 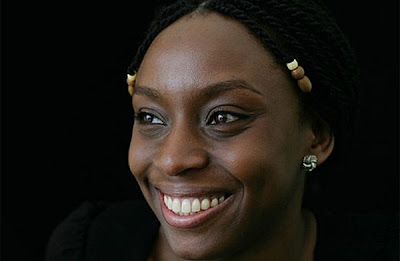 Even now, when tackling issues like the Biafran War in her Orange Prize-winning novel, Half of a Yellow Sun, Adichie questions whether she is only perpetuating the image of Africa as a place of war, rather than the place of beauty that she remembers from childhood.

Adichie recounted this story to her Seattle audience, without harshness but candor. “We make sense of the world through storytelling,” Adichie explained. Fiction also helps us to understand disparate cultures. However, Adichie doesn’t feel that it is her role to carry the label of “African writer” so that she can give a “native explanation,” an allegory, to her nation’s history.

Writing will always mean something more basic to Adichie. Writing is about human beings and the “tiny losses” they incur. Adichie has seen first hand, through her book tours and in her teaching in the United States and Nigeria, that stories captivate all. Adichie’s gritty realism on issues of love, home, and war, resonates on the same note in minds around the world, from an aspiring writer in Zimbabwe to a prisoner in Brazil and even to a student in the United States.

Jessica Beebe is an English literature student at Seattle Pacific University, where she studied Adichie’s Half of a Yellow Sun in a course on African literature during her freshman year.

Chimamanda Ngozi Adichie was a one-night event
Next up in Seattle Arts & Lectures' Literary/Arts Series:
Colum McCan, author of Let the Great World Spin
Thursday, May 24th at Benaroya Hall
REMEMBER: SA&L events are ALWAYS FREE for Teen Tix members, and you can always bring a guest of any age for $5!