Review of Sound Off! Semifinal #3 by Jennifer E.

The young quintet, Seacats, opened the 3rd night of Sound-Off Semifinals with an upbeat performance that can only be described as fun. With impressive music than cannot be written off as simple “bubblegum pop”, they energized the crowd and started the night off right. It’s no wonder why the Youth Advisory Board chose them as the “Wild Card” band for the Sound-Off Finals next weekend. 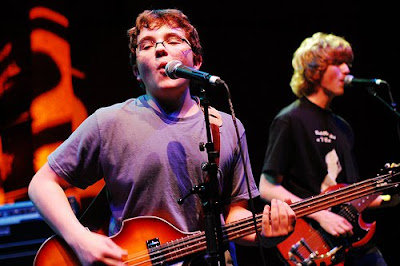 Next up, Subtle Like A T-Rex took the stage with an intense progressive-rock show. A diverse range of music influences their heavy metal, and their long songs and unique sound is meant for true music fans.

After, Great Waves commanded the stage with a phenomenal performance that deserved the first place prize and Finals spot that it won. As the only female singer of the night, lead-singer Ashley Bullock captivated the crowd with a voice powerful enough to silence the room. With a diverse mix of soulful blues and more upbeat sounds, their music does the talking for them and has as much personality as the band members. They have the potential to make it big, which is why they also won the audience response award for the night. 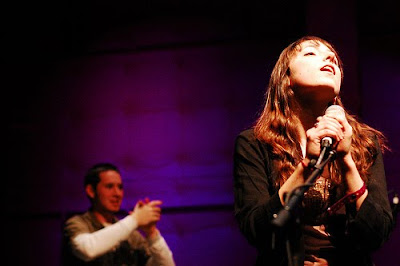 With big shoes to fill, Us On Roofs ended the night with such energy that some crowd-members were surprised they didn’t receive an award. As the smallest band, they had the largest stage presence and truly connected with the audience. They evoked such happiness in both their music and body language that the crowd couldn’t help but love them. They were a fantastic finale to an incredible night of music! Congratulations to the winners of the night, we will see both Great Waves and Seacats at the Sound-Off Finals on March 6th at the EMP Sky Church. 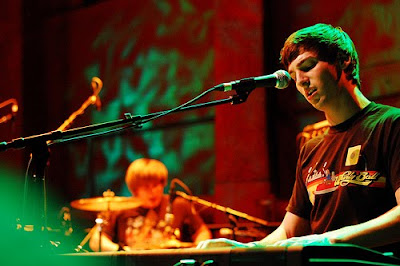 Us on Roofs Photo by Brady Harvey- Jennifer E.
February 27th, 2010The Sound Off! Final competition is this Saturday, March 6th at 8:00 PM at EMPSFM. For more info, visit the Sound Off! page.