Friday, October 19th marked the first of the Seattle Symphony’s ‘Untuxed’ Series, and it will definitely not be the last. Waiting for the musicians to enter the stage, I had forgotten about the ‘Untuxed’ part of the concert and was taken aback by the wash of colors that flooded the stage. The normal-but-still-nice clothing donned by the musicians made the atmosphere much more comfortable than with their usual formal attire. I loved it – it made the entire performance relaxed and enjoyable. It’s hard to understand why they don’t do every performance this way. 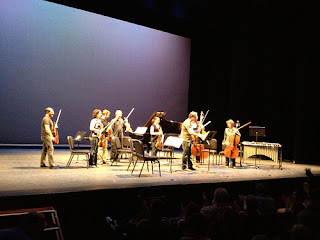 
The first piece performed was Mozart’s Sinfonia Concertate in E-flat Major, featuring the New York-based group ICE, (International Contemporary Ensemble). Mozart is considered a classic, of course, and I wouldn’t call myself an expert on classical music, but I found the piece itself boring. The main theme on strings was simple and repetitive, giving the airy feel of a fantasy-inspired ballet. What really made it interesting were the four soloists from ICE: a flute, oboe, French horn, and bassoon. Claire Chase stole the show with her flute solos, waving her elbows and dipping her body in a melodic dance along to her wonderful performance. The solos written for each wind seemed to fit them perfectly, and it was fun to watch them so obviously enjoying themselves. 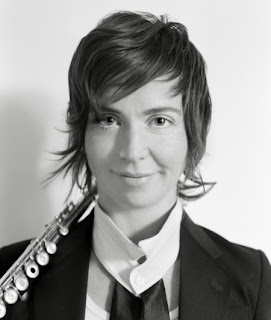 
Haydn’s Symphony No. 103, the Drumroll Symphony, followed. The timpani solo at the beginning gives the piece its name, and did not disappoint. Haydn’s piece isolates the different strings for parts of the melody and brings them together in beautiful harmony, and was altogether much more fun than the Mozart. The waltzing rhythm made me want to get on my feet and start dancing down the aisles. There was a wonderful violin solo during the second movement, and though not the most exciting performance, it was really a splendid evening.

I highly recommend people who have never been to the symphony to begin by going to the ‘Untuxed’ series while the Seattle Symphony offers it; it was a great, early night of unparalleled performances of our world’s classic composers.