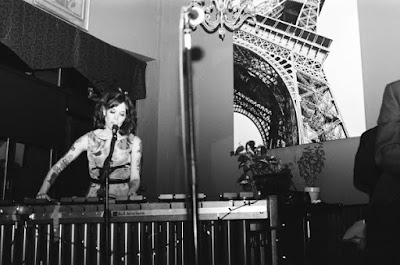 A minute into Erin Jorgensen’s Teen Tix interview performance, I was completely shocked—partly by the magnificence of her playing, but more by the fact that I previously had no idea what a marimba was. I’ve been playing classical music for years now, yet I have never before seen an instrument that can be mystical, mellow, rich, eerie, and soothing at the same time. I can’t even imagine the amount of skill, determination, and talent it takes to create that kind of sound by a single instrument, especially one that appears to be the lovechild of a xylophone and an organ. 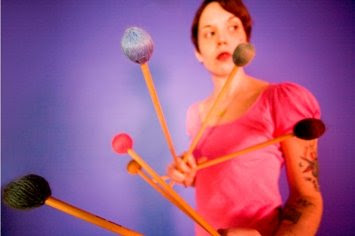 Miss Erin Jorgensen, the marvelous Seattleite who gives breath to this wonderful instrument, has to be one of the most unconventional and skilled musicians I have ever had the pleasure of meeting. Erin composes her own music, listening to each resonating note of the marimba, and treating it as more than just another percussion instrument. If controlling four different mallets isn’t already hard enough, she also simultaneously sings—in French. As a person whose only knowledge of French comes from the cartoon “Dexter’s Lab,” I was surprised at how not knowing the language drew my attention more towards the musicality of Jorgensen’s sweet and airy voice. 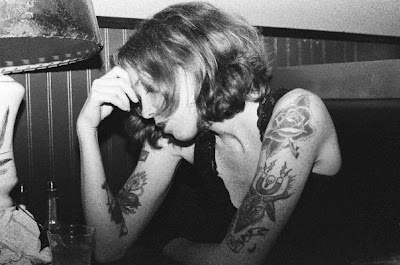 Applying her remarkable vocal and instrumental skills, Erin currently dedicates her time towards The French Project, which according to Brown Paper Tickets is “Seattle’s neo-French all-star music collective.” With a few other talented band members, Jorgensen surfs several diverse musical genres while singing in French to her heart’s content.

Apart from that, Erin also has a cool and laidback personality. She wasn’t afraid to leave her musical studies when she felt they weren’t right for her, and is comfortable enough with her body to tattoo her arms. After meeting Erin Jorgensen and seeing her play, I have a feeling that regardless of what kind of music you’re into, The French Project will please you. For an awesome musical experience, and completely Crush-worthy marimba player, check out Erin Jorgensen as a part of The French Project. To listen to Erin’s original compositions, visit erinjorgensen.com.

See uncut versions of the two songs that Erin performed during our interview on our YouTube. 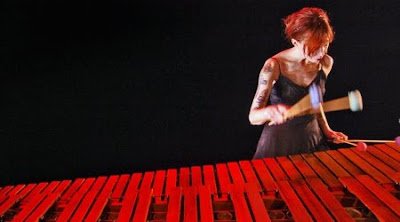