When Marie Howe walks onstage, something tells you that she is a woman that you want to listen to. Maybe it is her amazingly, delightfully big hair, which seems to have a personality all of its own. Maybe it is her calm, collected manner, or her erudite sense of humor. Maybe she has figured out how to distill gravitas and perfumes herself with it. At any rate, she is captivating from the start, and so is her poetry. 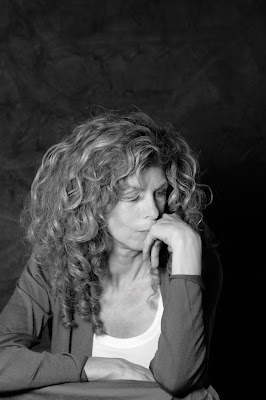 Howe does what any good poet must; her words are finely, exactly chosen, and her poems lead you where she wants you. She made us laugh, wonder, and most of all to delve deep into the mind and souls of her work. Howe writes predominantly in personae, many of them religious. Several of the poems she read that night were written from the perspective of the Virgin Mary, reflecting casually on the Annunciation. Howe certainly does not shy away from megalithic archetypes in her work; perhaps the most striking poem of the evening was her piece written as Eve, describing the moment after the Fall.

This is where Howe truly shines. She has the ability to worm her way into the giants of our lore, myths, and tradition, and make them seem human. In no way did her work debase them to make them accessible, but in assuming the personae of figures such as Jesus, Mary Magdalene, and others, she was able to remind us that they were living, breathing people, too. When she speaks to you as Eve, it is not hard to imagine that you are simply having a cup of coffee with your friend over lunch, a conversation like any two people might have. Where society has elevated these characters beyond the stature of normal life, Howe’s poetry was able to casually reach up, bring them back down to earth, and to make them real. In doing so, Howe only makes their stories more powerful and more vivid.

Tragically, Marie Howe has left Seattle and is back to doing whatever it is poets do during the work week (of all the great mysteries of life, poetry has yet to explain this one to me). However, other opportunities await. The poetry series at Seattle Arts and Lectures never fails to disappoint, and is not to be missed. Seeing Marie Howe and hearing her work took my brain in new directions, put words together in ways that had me nodding up and down, or laughing out loud, and my money’s on the fact that the next poet that SAL has in will too. Check it out—you’ll be glad you did.