Review of A Chorus Line at Seattle Musical Theatre by Rachel D.

“One singular sensation, every little step she takes…”

The lyrics are familiar to any musical theatre enthusiast, conjuring up images of gold top hats and 70s dancewear, and there is plenty of both in Seattle Musical Theatre’s production of A Chorus Line. While awkward at times, the show definitely proves to be enjoyable. 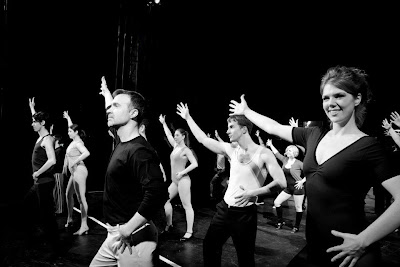 The opening number, “I Hope I Get It,” starts the show off with a bang. The cast’s high energy combined with the music itself is goosebump-inducing. Immediately after, we are introduced to 17 hopefuls as they audition to become part of a musical’s chorus, and we get a peek into each of their lives. Some actors manage really step into their character, while others unfortunately seem to merely recite their lines, adding a hint of attitude here and there. Meanwhile, Sean P O’Bannon gives a mostly convincing performance as Zach, the director, though his voice over the God Mic occasionally wavers into that of a schoolteacher instead of a director.

There are many individual highlights throughout the long montage that follows, from the strong vocals of DeSean Halley as Richie and Brandt Sterling as Al, to a wonderfully powerful rendition of “Nothing” by McKenna Turner as Diane. In addition, Christine Riippi as Kristine and Ryan McCabe as Bobby portray their characters perfectly, from comical background facial expressions to strong monologues, and Madison Greenlund sings a sassy (though out-of-breath) performance of “Dance: Ten; Looks: Three.” Later on, Dustyn Moir gives an absolutely incredible monologue as Paul, bringing many in the audience (including myself) to tears. 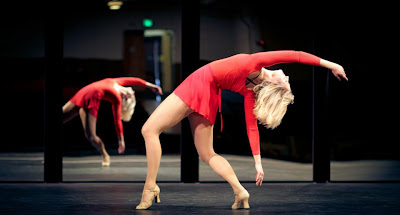 The strengths and weaknesses of each cast member are apparent throughout the show: some are clearly “actors who dance” while others are “dancers who sing.” Regardless, the entire cast balances out well. There are some beautiful harmonies that tie the group together (especially in “What I Did for Love”), and Director/Choreographer Crystal Dawn Munkers does an excellent job choreographing the large group numbers, combining constant movement and formations while integrating iconic moves.

Major kudos to spotlight operators David Dietzel and Laurel Smith, who handle the countless followspots’ movements carefully and precisely. There were a couple of bungled light cues in the performance I attended, but overall the lighting is magnificent. Lighting Designer Richard Schaefer does an excellent job expressing the different feelings of each scene with different compositions. Combined with a nearly constant underscore from the orchestra, it’s easy to tell how a scene is supposed to feel, without requiring any dialogue from the characters.

While the acting, dancing, and singing skill of every actor in this production varies greatly, I came to realize how much this reflects the characters of the musical themselves. Everyone has his or her own back story, and it’s important to recognize how different upbringings can affect someone’s dreams. Though there are a few weak spots in the production, it’s clear what dance means to each auditionee. That, combined with a cast that looks like it's having a lot of fun onstage, makes A Chorus Line sure to please.