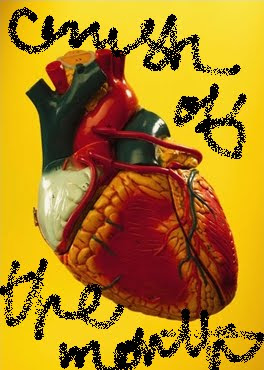 EEEEEE!!!! It's finally here. Our first ever Crush-of-the-Month, wherein we profile a local artist whose talent, charm, and face make our hearts go pitter patter.

This month's crush could not be more crush-worthy. His name is Justin Huertas, and he is currently starring as Solomon in Seattle Rep's Speech & Debate, opening January 15th. 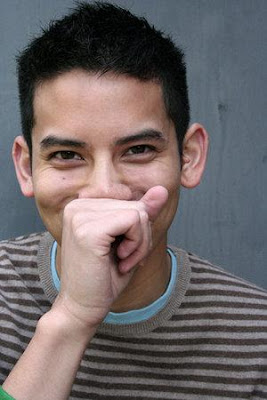 Justin is humbled and honored to be our first-ever Crush-of-the-Month. We love you, Justin! Photo by Tristan Morris.

Sweet Justin took the time to sit down with our reporter, Isabella F, to answer a few questions. Take it away Isabella! 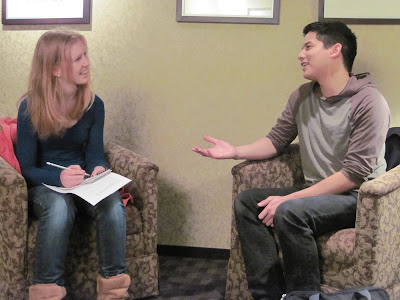 After a few jokes and the introductions, Justin Huertas leans back on the chair and takes off his jacket to look more casual. He responds to each comment about his interview with a large grin, laughing about compliments that characterize him as a professional actor. Currently rehearsing the role of Solomon in Speech and Debate at Seattle Repertory Theater, he relates to his character as an average high school teenager.


Justin tells Isabella what he was geekiest for in high school

For his costume, Huertas will sport a pair of khakis and white tennis shoes, something he would have worn when he attended Kamiak High in Mukilteo. He has been into performing since he was young, aspiring to be a cellist “just like Yo-Yo Ma.” Surprisingly, he discovered his love of the stage when he was cast in the musical at his high school senior year. Currently, he is making a living off of acting, but worked three jobs at the mall last summer to fill in the gap. Apparently, outside of acting, he is just his normal, sunshine self, working at the Vans store, and the Build A Bear workshop! Who would have known? Huertas even used to put the hearts into the bears, which would express his kind and adorable personality.

To describe himself, he uses the word “scrumtulescent,” mimicking a Saturday Night Live routine where Will Ferrell came up with the word. To him, it means “nice, artistic, and expressive,” which goes along with my original impression of him. Illustrating his point, Justin makes a typical Will Ferrell face, and acts out the scene. Go figure. Continuing with his casual personality, he describes his favorite restaurants as being “very chill, so you can just relax, so that you don’t have drink tea with your pinky up,” demonstrating the gesture while laughing. Among the favorites are Purple and The Pink Door. 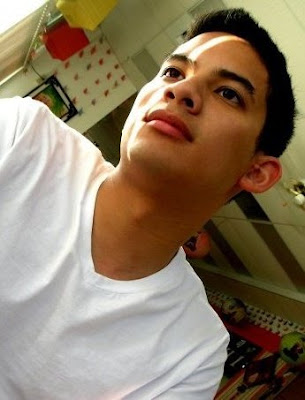 If he isn’t relaxing in casual restaurants, Huertas loves just walking around the streets of the city: “There are so many places to see and favorite places to go.” At times he enjoys writing plays and songs, but the two didn’t mix well for him when he tried to write a musical. As far as plans for the future, Huertas hopes to continue performing, whether it is acting or playing cello.