Oh, hey! You have a week off from school. Hooray! So, you're planning on spending the first two days sleeping and the rest being bored and texting people about how bored you are, right? Awesome. I mean, seriously. That sounds rad.

But, listen, just in case you want to you, y'know...DO something, here are some ideas (Art, you see, doesn't take a mid-winter break. Because adulthood is just one long, unrelenting winter. JK!) 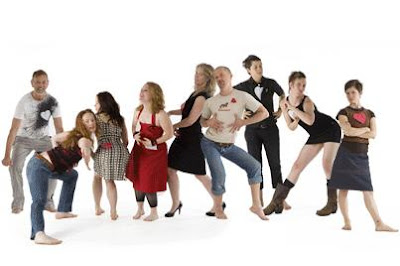 In a city known for dance artists with a theatrical flair, Break a Heart features some of Seattle’s most beloved practitioners as they band together in a love-themed cavalcade of dance conveniently scheduled around one of the most unfortunate holidays of the year. From OtB's blog: "The performance itself was varied, bombastic and hilarious. I knew I was in for a treat as I was knocked out of my seat giggling during the first segment."

Teen reviewer Tucker C says "filled with fanciful and intricate sets and costumes, excitement, and breathtaking dance, Sleeping Beauty takes a hold of you and won’t let go until the curtain comes down."

It's Friends, only a musical, and set in the 70s! Bobby has a bunch of girlfriends, a bunch of married friends who all want to set him up, and not a single birthday wish "not even to get married." Sondheim's groundbreaking work was one of the first to deal with contemporary problems in a musical. 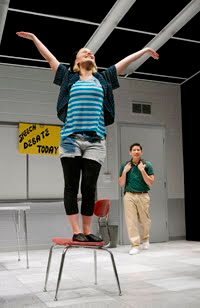 Teen reviewer Monet C says "This is a play for those who are unafraid to laugh their heads off. This is a wonderful, refreshing show with many endearing qualities." 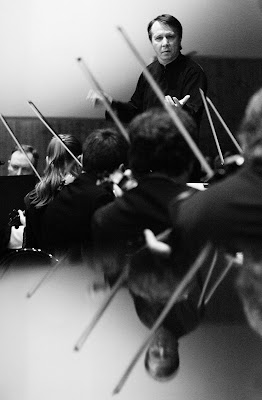 With so many great composers born there, it should come as no surprise that Russia's National Orchestra is, like, fully off the chain. London's Evening Standard said "They played with such captivating beauty that the audience let out an involuntary sigh of pleasure at the end." and Gramophone magazine asks "Should human beings be able to play like this?"

With Broadway successes like Sweeney Todd, Into the Woods, A Little Night Music and Sunday in the Park with George, Stephen Sondheim is hailed by The New York Times as "the greatest and perhaps best-known artist in the American musical theatre." Marvin Hamlisch celebrates Sondheim in this very special tribute at the Pops.

A landmark in film style and themes, The Red Shoes has become a touchstone to cineastes, lovers of dance and filmmakers ranging from Vincente Minnelli to Martin Scorsese. Its astounding production design, music and choreography, and its shockingly sumptuous color palette and revolutionary treatment of dance on film now may be rediscovered and savored anew. Ages 10 and up.

Alexander Calder: A Balancing Act...(despite its lame title) is top notch...go sooner rather than later because you'll want to come back again, and again, and again." - Stephen Cummings, i don't know about this 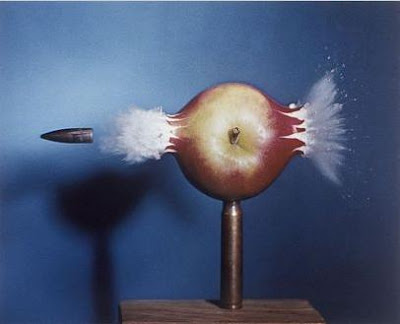 This exhibit breaks all the rules. 19th-century paintings hang next to contemporary art and photography, textiles and costumes, ceramics, and many other little-known art objects from the Henry's collection, with objects grouped not based on history or medium, but by their artistic relationship to one "hub" artwork.