Like any good fairytale, Cymbeline is full of darkness and deceit. Mothers try to poison daughters, fiances try to entrap fiancees into cheating on them, people cut off other people's heads and float them down rivers, long-lost whathaveyous are revealed. 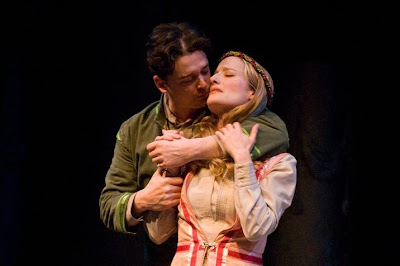 Cymbeline is a show that doesn't get done too often, perhaps because the original is a big ol' mess (some scholars think it was never actually finished), but early reports are that adapter/director Henry Woronicz has been brave enough to slap the text around, shave off the nonsense, and deliver and tight, actor-driven story.

If nothing else, it's got great people in it, including Jennifer Lee Taylor as the princess, Imogen, and perpetual heartthrob Connor Toms as both of her suitors.