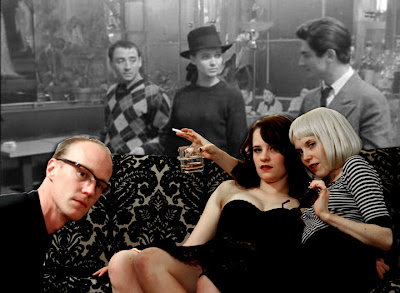 Let us just break this down for you: four (or five, or sometimes six) unbelievably talented and attractive musicians play everything from Debussy to ZZ Top to Pat Benatar, translated into (dubious) French, backed with short films. It doesn't need to make sense: it's magical.

It's tonight's Stranger Suggests, and they say:

"Erin Jorgensen is Seattle's sweetest songbird, a tiny tattooed woman with an enormous marimba whose French renditions of anything from Serge Gainsbourg to Johnny Thunders have a satisfyingly narcotic sweetness. Her band the French Project—Charles Smith and his zither, Basil Harris (of "Awesome") and his bass, Sarah Edwards and her guitar—is as witty, pretty, and arch as you could want." 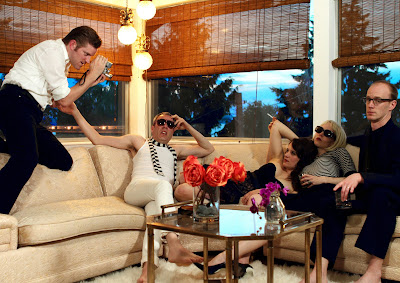 Oh, P.S. this band contains TWO Crushes of the Month: our current Crush, marimba rockstar Erin Jorgensen, and Basil Harris, of "Awesome" the band, our April, 2010 Crush(es) of the Month!