Remember last month when we couldn'tstoppostingvideos of people dancing in public places? That was Part One of KT Neihoff/Lingo Dance's 3-month project A Glimmer of Hope or Skin or Light, in which 30 random Seattle-ites had dances made and performed for and about them in public places (including two Teen Tix members, Mykaila O and Anna B.) It was totally cool. Here's one of the videos, in case you missed it:

For Part 2, the dancers made themselves into living sculptures at Seattle Art Museum: 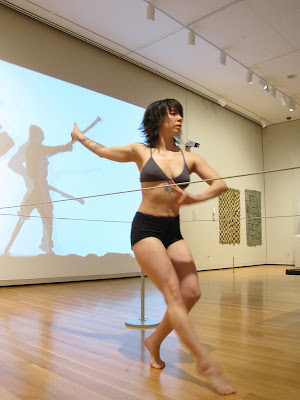 Now it's time for Part Three, a dance in which, according to ACT's website, "Niehoff and her posse of vibrant performers sculpt uncommon encounters, moody collisions, raucous spectacle, and virtuosic dancing." The SunBreak's Michael van Baker calls it "one of the more spectacular, unpredictable, and mood-altering performances I've ever been a party to." The Seattle Times' Michael Upchurch says "this is rough stuff. No move seems out of bounds. No mood seems taboo. And every inch of the Bullitt Cabaret is utilized." 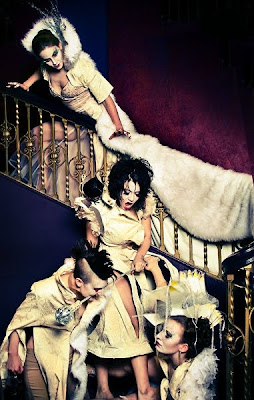 "Thematically," says director Niehoff, "it is a very dark show. Right now, I’m obsessed with vampires. So this is glitz and glamour..."

This will NOT be your typical night watching ballet. But if you're willing to be a little bit brave, Glimmer will reward you, we promise.

NOTE: This show is NOT for children. It contains sexual themes and nudity. Recommended for mature audiences ages 16 and up.

A Glimmer of Hope or Skin or Light
Lingo Dance @ ACT Theatre
Through May 15th
More info at acttheatre.org