“Good grief!” Admit it, doesn’t this two word phrase instantly trigger a flashback to your childhood and the many hours spent watching holiday specials chronicling the story of a little bald kid named Charlie Brown with a striped shirt, an endless list of doubts, and a loyal pack of companions?

Then we left that world behind and became teenagers. But what would it be like if the Peanuts gang grew up with us? This is the question that Dog Sees God: Confessions of a Teenage Blockhead boldly sets out to answer by taking Charles Schulz’s classic creations and launching them into a future riddled with hormones and teen issues like bullying and homophobia. 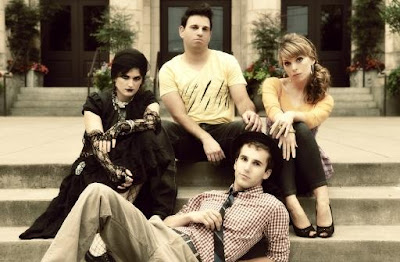 CB and the gang on the mean teenage streets. Photo Credit: Balagan


I was curious to see how my childhood companions would deal with the worst years of their lives. The play chronicles their experiences in the form of a darkly funny dramedy that’ll have you laughing at all the wrong places. The play opens with CB (all the characters go under different aliases, and I’m sure you can guess who this one is) lamenting over his dog Snoopy, who’s been put to sleep after a rabies-driven attack on the little yellow bird known as Woodstock. From there, Dog Sees God plunges into a spiral of sarcasm-soaked satire and teenage angst.

The acting is top notch and very believable; the actors really embody the characters. When something bad happens, you’ll find yourself empathizing with them. There isn’t a weak link in the bunch. The set is well-crafted and fitting, with a familiar red doghouse right on center stage. The nod it gives to its Peanuts origins makes it really fun to watch. It’s all there: the unintelligible “wah-wah-wahs,” of unseen teachers, Lucy playing psychiatrist, even the trademark striped shirt. And if you spent your childhood in a cave and don’t know anything about Charlie Brown, have no fear! No prior knowledge is required to understand the show; it just makes everything a little funnier. 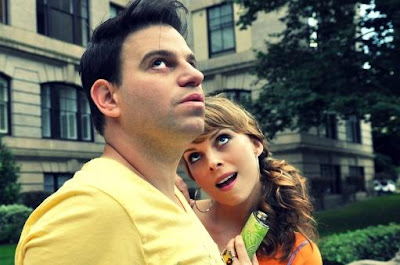 
Overall, I really enjoyed this, and although the teenage scene was warped into that clichéd caricature of drugs, sex, and violence that’s constantly used in teen movies, I was still able to relate to it. A word of caution: don’t take your parents (or younger siblings) unless you’re prepared for an awkward experience, since the play is chock full of suggestive content and not-exactly-G-rated humor. It’s about teenagers, what’d you expect?

It’s what everyone’s always wanted – the guilty pleasure of witnessing the Peanuts gang in the rocky, depressing, and hilarious adventure everyone has to suffer through: high school. The kids have gotten bigger, and so have their problems. So if you like a play that breathes life into cartoon characters you grew up with, with a plot that tugs at your heartstrings while simultaneously makes you roar with laughter, you should definitely check out Dog Sees God: Confessions of a Teenage Blockhead.

Dog Sees God: Confessions of a Teenage Blockhead
Through October 30
Presented by Balagan Theatre at ACT

NOTE: Contains mature themes and language. Appropriate for ages 18 and up.