The Pacific Northwest Ballet heats up the frosty Seattle autumn with Love Stories, it’s second mixed-bill production of the season. Love Storiesfeatures some of ballet’s greatest moments from its many tales of love, the Balcony pas de deux from Roméo et Juliette, the Black Swan pas de deux from Swan Lake, and Aurora’s Wedding from The Sleeping Beauty. Also on the program were two PNB premiers, George Balanchine’s Divertimento from “Le Baiser de la Fée,” and Jerome Robbins’s Afternoon of a Faun. 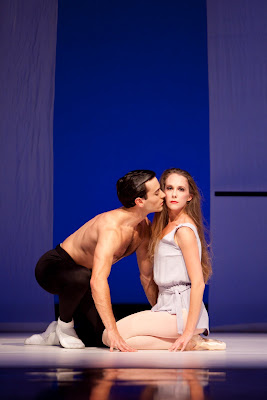 
The highlight of the evening for me is by far the middle portion, with the Afternoon of a Faun with gorgeous music by Debussy, and the Balcony pas de deux from Prokofiev’s Roméo et Juliette. The Afternoon of a Faun was achingly beautiful, with impeccable performances from corps members Kylee Kitchens and Jerome Tisserand. The couple portray the fantasy of two dancers in an empty studio. The plain costuming and simple white backdrop set the ethereal atmosphere perfectly. Following this is Roméo et Juliette with choreography by Jean-Christophe Maillot. Premiering at PNB in 2008, the tale of the two star-crossed lovers was a hit in Seattle, and its Balcony pas de deux as part of Love Stories is no different. Kaori Nakamura and Lucien Postelwaite depict the warmth of Romeo and Juliet’s love delightfully. Nakamura brings out Juliet’s tender and coy disposition, and Postelwaite gives a flawless portrayal of the absolutely smitten youth Romeo. 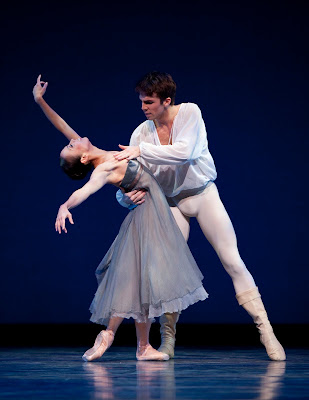 
However, the obvious audience favorites are the two Tchaikovsky works, particularly Kent Stowell’s version of the Black Swan pas de deux from Swan Lake. Carrie Imler’s seductive Black Swan has just the right flair to make her the ultimate femme fatale, and Postelwaite again plays the part of the infatuated young man wonderfully. The refined technique of the two dancers sparkle as well, and Imler executes the legendary 32 fouettés spectacularly. Aurora’s Wedding from The Sleeping Beauty did not receive the same standing ovation as the scene from Swan Lake, but it is nonetheless a magnificent feast for the eyes and ears, especially the famed Bluebird pas de deux. 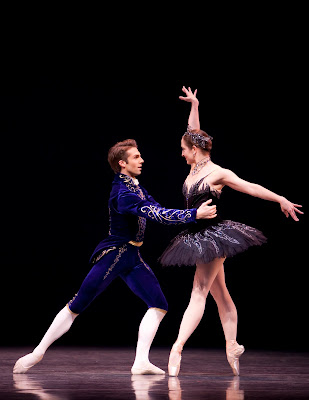 
The opening piece, the Divertimento from “Le Baiser de la Fée” set to Tchaikovsky-esque music by Stravinsky is somewhat lackluster in comparison to the rest of the program. Although the dancing is fantastic, it seems to take the dancers a little bit of time to really get into it. 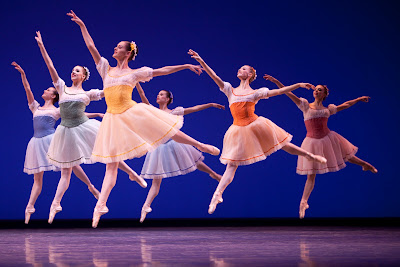 
Despite the one less spectacular work, PNB yet again does not disappoint. Love Stories is a perfect opportunity to step in from the cold to enjoy an evening of exquisite music and dance.