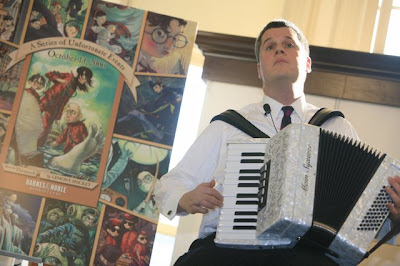 Photo by Gerald Holubowicz
Dude. Daniel Handler is cray- cray. Waaaaay cray- cray. I mean what else would cause someone to go around pretending to be the representative of some made-up author named Lemony Snicket and not take credit for his own work? And he plays the accordion. 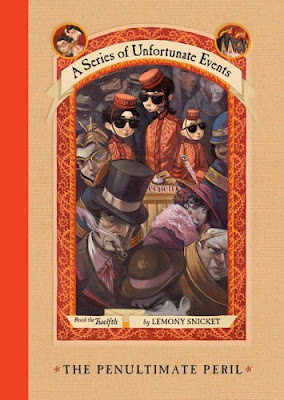 Well, I guess I shouldn’t judge, seeing as the question seems not to bother the purchasers of the collectively over 60 million copies sold, in 41 different languages.

But everyone knows that he is “Lemony Snicket” and he sometimes even slips up when he talks, using the first person when speaking about writing the novels. He even told us how he concocted the name!!! What?

Ok. I’m getting too hung up on this. Sorry guys.

Anyways, I honestly didn’t know what to expect from this…event. Not a play, not a lecture, not a reading, just Daniel Handler. And what of the audience? The series has been out for a while, so I could imagine lots of high school and early college age students like me who had grown up with the books, but also younger kids, who today fit the intended age group. Actually, the audience was filled mostly with adults, and after hearing Handler speak, I understand why. 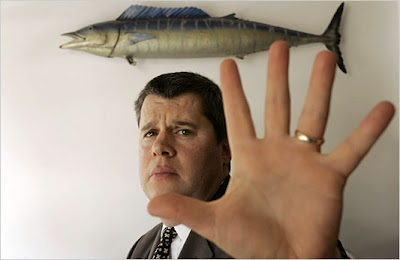 Photo by Jeff Chiu
Witty and but straight-faced with just the right hint of satire, he spoke in a voice that reminded me of Alan Rickman’s when he plays Severus Snape in the Harry Potter films; slow, dry and a little bit pretentious. But unlike Snape, Handler is a true comedian, spinning stories out of everyday occurrences, going off on seemingly random tangents that end up weaving their way back in perfectly to create this long, mish-mash of a story which incorporated a Seattle Times headline, a Dear Abby submission, his struggles as an early writer and more than a few Anne Frank jokes. His references bounced from lowbrow pop culture to highbrow politics, and everywhere in between. You know those jokes with hidden innuendo that are funny to kids but hilarious to adults because they understand the double meaning? Handler has those mastered. It makes me want to reread the whole series just to delight at everything I had probably missed as a kid. 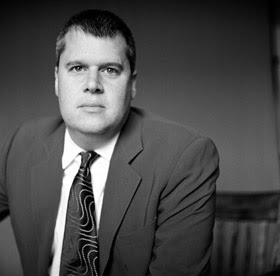 If a comedian is judged on how hard and how long his audience laughs (which is usually the case, right?) Daniel Handler receives top marks. Walking out of the Benaroya, my previous expectations, or rather, lack thereof, had been answered. I had just experienced a performance.

Next up at Seattle Arts & Lectures: author/screenwriter Nora Ephron, Thursday, November 18 at 7:30 at Town Hall. NOTE: This is event is SOLD OUT, but standby tickets may be available at the door. More info at lecture.org.