Homeless individuals are a constant fixture on the streets of any major city. However, most of the homeless people seen are usually adults. Teenagers are rarely seen on bustling city streets, begging for money and food. This does not mean that they don’t exist. 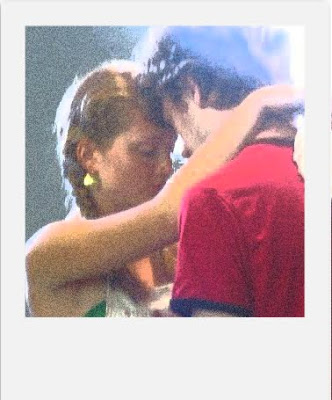 Polaroid Stories, the Young Americans' Theatre Company's newest play, weaves through the stories and interactions of a variety of homeless teenagers and examines their struggle to survive. My expectations were uncertain before seeing this show, for I had little knowledge and understanding of the mindset of this type of teen. The cozy basement theatre was an ideal setting, leaving the actors to get up close and personal with the audience. A simple set was provided in the background: a chain link fence littered with photographs and writings as symbols of hope, as well as a blank wall which would soon make its purpose become known. 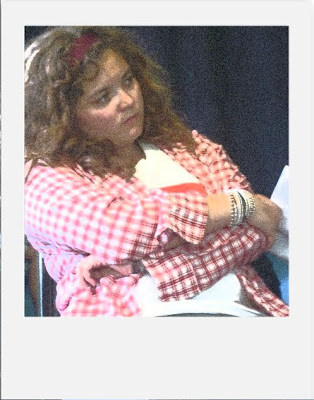 The lights dim until all that can be seen is a girl who says nothing. She simply holds out a remote and starts a slideshow projecting onto the blank wall. This occurs periodically throughout the show, depicting the homeless teens and their actions in a creative and revealing manner. I watched with curiosity as the slideshow ended and the teens appeared. Sometimes there would be a large group of them, arguing about their dreams to grow up to own the world. Sometimes there would be two of them, trying to maintain a faithful relationship in a life of distrust. Sometimes there would be only one, telling their story of how they came to be homeless in the first place. 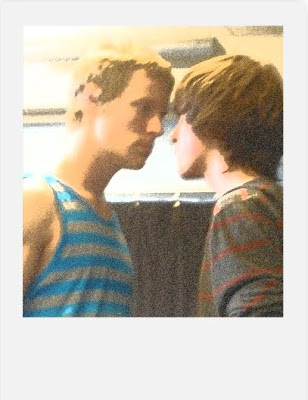 Nearly all of the scenes deal with anger, wishes, and forgetfulness. Shouting is common, especially at the companions who serve as reminders of what life has become. There are stories, recollections of events and people past. Having nothing left, many of the teens turn to drugs and alcohol to aid them in forgetting their situation. Swearing is constant, for the teens have no reason to censor themselves after all they have been through.

I felt as though I had been dropped into the daily lives of the characters. The amazing and convincing actors help to convey the myriad of emotions that homeless teenagers deal with. With a clever and expressive script containing poetry, metaphor, and endless description, I got to experience what homeless teenagers are put through, and why they make the choices that they do. This show is interesting in that it spotlights how the homeless view others and utilizes the emotionally vulnerable perspectives of teenagers to describe it. By the time I walked out of the theatre to the busy streets above, I carried a message of how hard life can really be and a greater idea of some of the things that go on behind those streets.

Polaroid Stories
Young Americans' Theatre Company at Balagan Theatre
Through August 8
NOTE: Recommended for people age 14 and up due to language and mature themes. No one under 14 will be admitted.