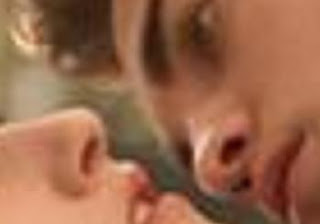 I sat down in the dim movie theatre with a row of my girlfriends, eagerly anticipating the spectacle we were about to witness. We had devoured the books as quickly as our eyes could race across the pages, itching to discover the fate of Edward, Bella, and Jacob’s twisted love triangle. After months of discussion, weighing the merits of either love interest, trying to prove to ourselves that we were more alluring than that damsel-in-distress Bella, and convincing each other that maybe, just maybe, this world of ridiculously good-looking monsters did exist, just a couple hours up the highway. However, our expectations for this film series, which should have increased our rabid obsession, were tragically crushed with each cringe-worthy moment on screen. The weighty silences that last far too long to mean anything except “you make me feel truly uncomfortable, vampire/werewolf/human love interest,” the moments in which eye contact elevates to mind-reading/x-ray vision/lasers of death, and last, but certainly not least, Edward’s shimmering skin, reminiscent of my 2nd grade self-portrait after I smeared it with glitter-glue in a defiant moment of artistic rebellion. This sweeping tale of romance and danger, set in the lush Pacific Northwest, could have made for a spectacular film. That is, if it weren’t for the copious amounts of teen angst and awkwardness, each actor creating their own brand of uncomfortable, and each film angle a bit too close for comfort. Achieving the audience’s emotional attachment to characters in a film is an important and effective technique…except for when the audience feels more uncomfortable than they did at the first school dance, cringing in embarrassment for the characters.