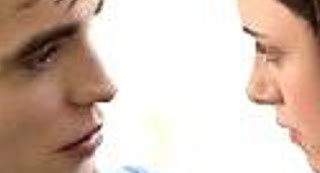 I'm a 17 year old guy and I read every book. I am (only slightly) ashamed to say that I was at the midnight release party for Breaking Dawn at my local Barnes and Noble. I saw Eclipse at midnight. I own a Spanish translation of Twilight. And while this might usually qualify one as a crazy fangirl, I don't think of myself as one. For me, Twilight is like Cheetos. They're not filling, they're light and fluffy, and you can eat them pretty mindlessly. You also know deep in your mind that in the long run, it's probably bad for you to have them, but hey, what's another hand full, right? So when someone brings up Twilight, especially when it's a big, fat, angry argument for or against it, I just kind of laugh. Love it or hate it, Twilight is pretty ridiculous when you look at it. But really, it's just mental junk food, either way. And really, a little more can't hurt you, right? Right.