Review of Julia Fischer at Seattle Symphony by Naomi T. 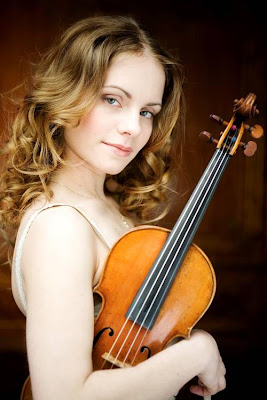 Julia Fischer is by no means your average violinist, and you can tell from the moment she walks onto the stage. Fischer arrived, with pianist Milana Chernyavska, sans sheet music, having memorized her entire program, a practice that has almost ended with the absence of the old violin legends such as Isaac Stern and the fabled Niccolo Paganini.

Fischer opened the program with W.A. Mozart’s Violin Sonata in B-flat Major, K. 454, performed impeccably. She brought the perfect clean tone and utter perfection that is necessary to any Mozart work that could otherwise sound dull. Next came a relatively uncommon work, Franz Schubert’s Rondeau Brillant in B minor. Like many of Schubert’s works, the Rondeau is woven with beautiful melodies and great rhythmic drive. This was the perfect stage to demonstrate Fischer’s dazzling virtuosity without any extra theatrics, proving to the audience that she had not won her reputation as one of the world’s top violinists for nothing. Chernyavska certainly brought no less than Fischer to the Schubert, whose piano part just about matches that of the violin in difficulty and magnificence. 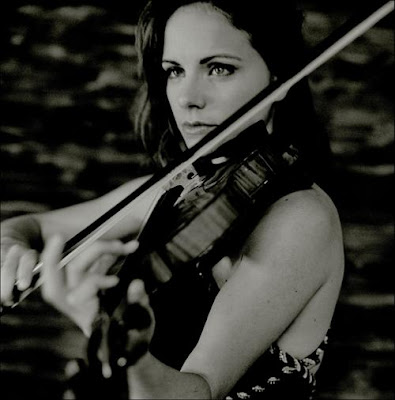 After intermission, Fischer and Chernyavska returned to the stage with an all-French second half. Kicking it off was Claude Debussy’s Violin Sonata No. 3 in G minor, another lesser-known work. Although a short work, the performance left as much of an impression on the audience as any larger piece could have. Fischer and Chernyavska then ended the program the often-underrated Sonata No. 1 in D minor by Camille Saint-Saëns. Of all the amazing works programmed, Fischer claimed that this was the most technically challenging, but her natural stage presence would never have led anyone to believe that she could possibly have any sort of trouble playing anything.

The performance earned the duo a huge standing ovation, and Fischer and Chernyavska returned to the stage twice with encores by Eugene Ysaÿe and Ernest Bloch, both as stunning as the programmed works. A fan sitting behind me praised Fischer as being able to “conduct an elephant with her eyes closed,” and I have no trouble heartily agreeing with that statement.

Julia Fischer at Seattle Symphony was a one-night concert
If you like string instruments, check out:
Like Father, Like Son: With Bach's Brandenburg No. 3 with violaist Susan Gulkis Assadi
March 9 & 10
More info at seattlesymphony.org