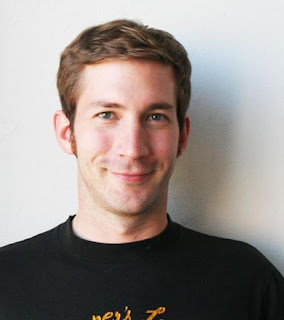 WRITERS: There is still time to apply for the Young Critics Workshop with Stranger Theater Editor Brendan Kiley, who, in addition to writing about theater, has recently written about really disgusting bed bugs, really smart octopuses, Republicans, coyotes, suicide, and the Mexican drug wars.

Here's what YCW grad Amanda Chan had to say about the class:

"During 'class,' Brendan Kiley and Holly Arsenault speak with the verve of two people who don’t totally hate their jobs, a trait that elevates them far above some of the teachers I take classes from at my high school. In fact, it seems like they quite love what they do, which in the context of Young Critics Workshop, is talking to a bunch of clueless teenagers about criticism and the arts. It’s hard not to reciprocate with my own enthusiasm when they make it seem so fun.

Lastly, I am reluctant to label the YCW sessions that I have attended as 'classes' because that term seems to imply monotony and irrelevance to a teenager as jaded about learning as I am. And to the reader, that would simply cast doubt over the writing skills I have developed as a result of YCW and the merits of the program itself. Young Critics Workshop is a lively, riveting, and truly educational experience that has, ironically, made a reviewer out of me, and I can only wish there was more."

Applications for the 2010-2011 session of YCW must be postmarked by Friday, October 15th.
The Young Critics Workshop
2010 – 2011
“…starting out a defiant know-it-all, I was transformed into a confident and unashamed inquirer. Despite AP and Honors English classes for four years at my high school, this has been the best writing course I’ve ever had the privilege of taking.” 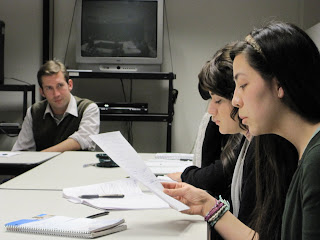 The Young Critics Workshop gives young writers the opportunity to explore arts journalism and criticism, meet and learn from professional critics and artists, and hone their critical writing skills in the company of peers. YCW is a challenging and rigorous writing course. Students learn:

- How to look at art critically
- How to articulate opinions persuasively
- How to disagree civilly
- How to craft writing that people will actually want to read
- How to give and receive criticism constructively
- How to find your voice as a writer (or at least how to start looking for it)
And SO. MUCH. MORE.

“Not only did this workshop improve my writing and my confidence in it, YCW led me to explore Seattle's rich culture; I saw plays and exhibits I never would have on my own.” 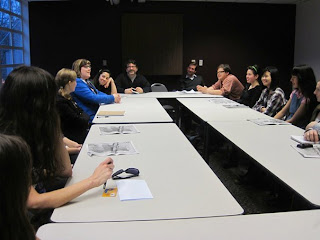 Students who are interested in applying for the Young Critics Workshop should complete and return the application. All applications must be postmarked by Friday October 15th in order to be considered. Applicants will be notified by October 22nd as to whether or not they have been accepted. The first class is November 4th.

Or email electronic documents to: holly.arsenault@seattle.gov with “YCW Application” in the subject line.