Alex Prior: Crush of the Month
Interview by Tavis Hamilton, February 10th, 2010 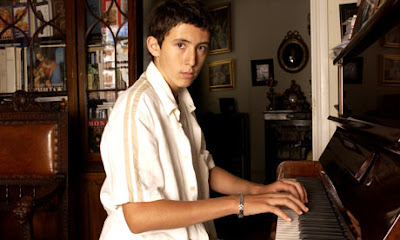 To describe Alex Prior is to describe the flowering of an Ancient Rose. It is unprofessional to flatter; however, the dichotomy between the cleansing shock of an exotic flower, and the captivating charm of Prior’s mind, is all too accurate to forgo. On a level rare even among the profound, his seventeen-year-old mind incites an exuberant mix of matured artistic command and wonton boyish wonder. For example in explaining the importance of teen interest in art, Alex believes "there is no such thing as 'classical music.' Teens shouldn't be interested in classical music. Teens should be interested in everything that's beautiful and fantastic in this world, and great music is part of that.” To him, music’s purpose is to elate the soul and bring out the rawest emotions. Whether they be fear, love, woe, or joy, these emotions are to be drawn out of us by the beauty of music, and experienced not only to further enlighten ones soul, but to further enlighten one’s knowledge of oneself. Now, this may sound like the ramblings of yet another young Bohemian, however, Prior’s sincerity and enthusiasm nowhere nears the realm of the artistically hackneyed; he’s 100% the real deal; he is 100% brilliant.


Alex on his current work

Arriving in Seattle only three weeks ago, Alex has been set to the busy task of not only entertaining the press with his prodigious career, but he has also taken on hats as both Seattle Symphony’s Assistant to the Guest Conductors, and as independent composer. This means he learns to conduct every stanza of music that Seattle Symphony performs under a guest conductor -- even if his chances of performing are low, he is in charge of conducting Seattle Symphony’s upcoming Discover Music performance of Peter and the Wolf, and -- to top that -- he composes his own, independent, commissions; and what commissions they are! 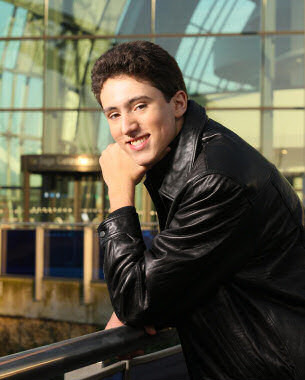 Having studied at the St. Petersburg Conservatory for four years, Prior’s original work is extremely mature. Much of his inspiration is drawn from tribal music and the sounds of a globalizing, multicultured, multivariate, world; however, he certainly draws from the modern masters. Those among the ranks of Wagner and Prokofiev have greatly influenced his work; work which is also fueled by his artistic crush on the prolific modern composer, John Adams.

Whether one finds themselves being treated by his theatrics in the concert hall, or his bombastics on the staff, Alex Prior is the hottest composer in modern music, and is definitely worth checking out. Currently he is working on a Piano Concerto for a European film, of which one should certainly listen to upon its release. If it is as good as the rest of his work, then following his career will not just be the adoration of a fan, but rather, it will be the participation in a great history to come.

Let’s give Alex a warm welcome to Seattle. He already finds his new home imbues wonder, so it is our responsibility to give him the supportive base to keep him here. This guy is gold…there is no way that he can be lost to another city. So, what is this Crush of the Month’s verdict? Definitely worth coveting. What do you say Teen Tixers? Let’s give him a reason to stay!

Alex will lead Seattle Symphony in their upcoming Discover Music series performance of Prokofiev's Peter and the Wolf on Saturday, March 13th at 11 am. More info at seattlesymphony.org.

Crush-of-the-Month is a monthly feature wherein we profile a young local artist whose charm and talent make our hearts go pitter patter. Got a crush on an artist who you think we should profile? Leave a comment and tell us!