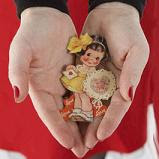 Break a Heart @ On the Boards DANCE
9 of Seattle's most talented choreographers take on the worst holiday of the year. Thursday, February 11th - Sunday, February 14th at 8:00 pm. More info at ontheboards.org.


Bury Your Secrets in a Sculpture Park @ Seattle Art Museum's Olympic Sculpture Park VISUAL ART
"Through the creation of written accounts of loves that were better off lost, we will put past humiliations in a shredder, dump them in a worm bin and turn them into compost that will be spread in the sculpture park." Saturday, February 13th, 2 - 4 pm. More info on SAM's facebook. NOTE: no Teen Tix for this workshop. Student tickets are $16. 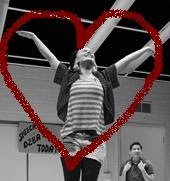 Speech & Debate @ Seattle Repertory Theatre THEATRE
Seattle Rep offers Teen Tix members the opportunity to call ahead and purchase advance tickets to their Valentine's day performances of the hit teen comedy Speech & Debate, which our teen reviewers call "hilarious" and "disturbingly accurate." To buy your advance tickets (limit 1 per Teen Tix pass for the 2 pm show and 2 per Teen Tix pass for the 7:30 show) call the Rep's box office at 206-443-2222 and mention the code word CUPID. Sunday, February 14th at 2:00 and 7:30 pm. More info at seattlerep.org. Recommended for ages 14 and up.