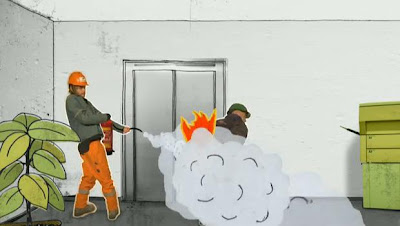 Nine Nation Animation is an intellectual LOL. It’s ten times freakier than any wonderland Alice could ever imagine, and funnier, too. If you’re into visual art, storytelling, social criticism, or light laughs, this is for you. If you dig Norwegian construction workers, failing cat and mouse marriages, operatic birds, or candy-farting clowns, this is also for you. And if your primary animation feed comes in the form of mainstream television cartoons, Nine Nation Animation will make you feel malnourished. 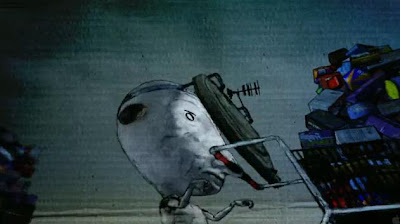 The film, a little over an hour long, is a collection of nine animation shorts produced by various artists around the globe. Each short carries its own unique style, culture, message, characters, and sometimes even language. Though the dialogue is rarely in English, there was never a time I felt it needed to be. The subtitles don’t detract from the animation at all. If anything, I have a feeling viewers will be more concerned with the overload of visual awesomeness.

Do you remember those boxy N64 graphics? In the short “Please Say Something,” David O’Reilly manipulates simplistic 3D shapes to give birth to an interesting romance between a cat and a mouse. It’s bizarre, unnatural, relatable, inappropriate, and charming at the same time, and it leaves you wanting more dysfunctional animal relationships. This animation ended up as my favorite, and if it doesn’t end up as yours, there are eight more animations to choose from, each with its own voice. 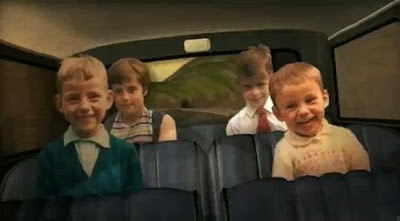 Every move, every sound, and frame is created for a purpose other than fulfilling your expectations. Nine Nation Animation is as fun to watch as those Saturday morning cartoons, and as meaningful as good literature. The film can open your eyes to animation as a boundless art form, versus animation as an ordinary entertainment tool. It’ll be worth your time to see, because there’s a whole new world of animation out there, trying its best to make itself known in a planet conditioned to line-and-color cartoons.