Review of SiS Productions' Sex in Seattle 20: Happily Ever After at West of Lenin by Chelsea D. 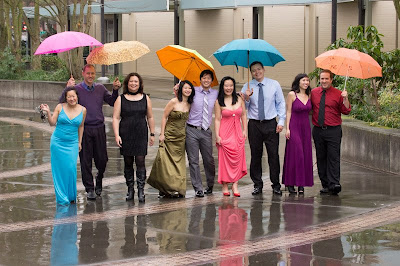 
It takes a lot of dedication for actors, producers, directors, and writers to stick with a production through its trials and tribulations; its ups and downs. For most, frequent performances for one month is pushing it. This, perhaps, is part of why Sex in Seattle: Happily Ever After (SiS, for short) is so impressive. After all, this season finale marks SiS’s twelfth year in Seattle.

SiS is written, performed, and directed like a prime time television series, reminiscent of the sort of romantic comedy TV show you would see coupled along with Grey’s Anatomy and Sex and the City on Netflix. However, SiS is set apart by several very key factors.

One: it is (surprise, surprise) theatre; all of the episodes are performed live. Episode One first premiered 12 years ago, culminating in this production of Happily Ever After... its season finale and 20th episode. Several of the actors, the venues, and certainly the audiences have changed, but all the same this is nothing short of a nearly unheard of feat.

Two: unlike the vast majority of television shows, its plot centers around three Asian-American women. Although when you turn on the TV, you are likely to see spots of carefully positioned diversity in modern television, main characters are very predominantly white. However, the feel of SiS is completely different and unique. Sex in Seattle is a dynamic and bold play with the goal to “portray contemporary Asian Americans in a truer light, reflecting our diversity and uniqueness of being both Asians and Americans.” 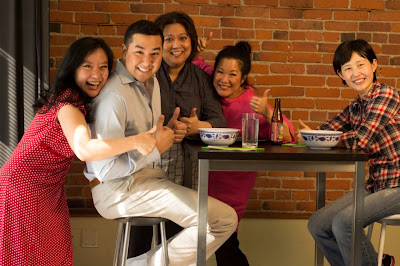 
This motto shines through brilliantly and obviously in SiS. The fact that the majority of characters (and all main characters) are Asian is both “just another part of life” for the characters, and an integral part of life — creating a far more realistic description of life as an Asian-American.

SiS is the sort of production that grows on you.

Though it has not been widely recognized in the Seattle drama scene, it has garnered a cult-like audience. At the performance that I attended, the audience talked to each other loudly, members recognizing each other across among the small crowd huddling in the West of Lenin Theatre in Fremont.

Not knowing what to expect, my experience as a first-time viewer during the season finale was surprisingly easy. Though the TV-drama style of slight overacting was a harsh contrast from the die-hard drama scene integral to Seattle’s artsy guise, it was a welcome and easy to follow along reprieve from the cutthroat feel one can get in higher production value plays. Supplied with a one-page skeleton description of the season’s plot thus-far and the knowledge of the surrounding audience, it is easy to brave the trek into the world of SiS.

The projection screen flashbacks, “theme song” complete with the characters running out and striking poses with their names on signs, and constantly tumultuous love lives truly makes for a play of epic proportions, opportunities, and self-deprecating Asian parent jokes.

Sex in Seattle 20: Happily Ever After
SiS Productions at West of Lenin Theatre
Through May 26, 2012 (and then NEVER AGAIN!)