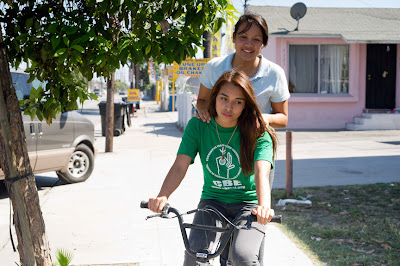 Every so often, a film comes along that leaves a lasting impression in your mind. Aurora Guerrero’s Mosquita y Mari will stamp your mind and then blow it away. Set near Los Angeles, California, this film chronicles the innocent love of two Chicana girls as they both overcome their individual struggles. Yolanda (Mosquita) is a studious teenager with her head in the clouds. Her parent’s strong Catholic faith and impressive work ethic encourage Yolanda to try her hardest at school, stay out of trouble, and get into a good college. When rebellious Mari moves in across the street and the two girls become study partners, Yolanda finds herself drawn to this recent immigrant. Life rolls on and Mari clearly has feelings for Yolanda as well. Though neither girl ever “asks out” the other, it is clear early on that they are a couple. Both girls must learn to balance their relationship with the rest of their lives; Mari struggles to pay the rent for her family while Yolanda continues to study hard at school. From here, a beautiful story unfolds of two lives suddenly intertwined in confusing but fitting ways. 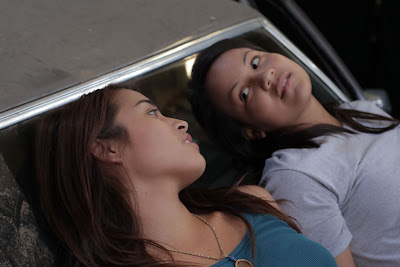 Unlike so many other queer teen stories, Mosquita y Mari focuses more on the beauty and innocence of Yolanda and Mari’s connection than the fact that the title characters are two girls, rather than a boy and a girl. This refreshing perspective gives a human touch to the gritty filmmaking and draws the viewer into the storyline. At a time when LGBTAQ+ issues headline the newspaper, Mosquita y Mari is a heartfelt and welcome addition to queer filmmaking and Seattle International Film Festival. By the conclusion of the film, you will have a new notion of what it means to be queer. A must see.