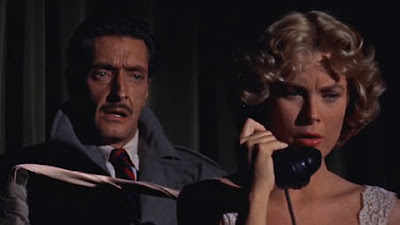 Ray Milland puts together an elaborate plan to kill his beautiful, unfaithful wife—Grace Kelly—for her money, but when his plan goes awry (Kelly kills the hired assailant!) Milland turns to a diabolical Plan B—scheming to have Kelly indicted for murder!

Part of this weekend's "Hitchcock: Master of Suspense" series at SIFF Cinema--double features today and tomorrow!