We all know applying to college is stressful. Now imagine that you come from a poor family where no one has ever tried to go to college, and no one expects you to try, either. Instead, they expect you to run the family taxi stand. But you dream of a better life, a better future for yourself and your family – so you apply to college in secret. Things get even more complicated when you find out you’ve been accepted. How are you going to explain to your family that you want to leave them behind? 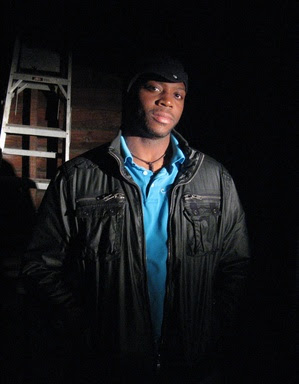 Filmmaker Sultan Sharrief
Photo by Joey Ostrander
Well, that’s the conflict behind the new film Bilal’s Stand, the true story of a high school student (the director himself, Sultan Sharrief) growing up in the ghettos of Detroit, fighting to make it to college against all odds. For those of us who don’t know what its like to grow up surrounded by poverty, this film is a rare look at what poor teens struggle with in order to achieve social mobility. It’s fairly obvious that Bilal’s Stand was made by amateur filmmakers (in fact, the film was organized as a chance for young adults to learn the art of filmmaking), but the less-than-perfect acting, camera work, and sound only adds to the reality of the film. At times, you almost feel like you’re watching a documentary. Yet despite the realism and seriousness of the piece, the protagonist, Bilal, keeps the mood fairly light with his clever narrative. It’s difficult not to admire him – he works hard to support his family in addition to maintaining high grades at school, all while navigating the rough environment of the ghetto. He even takes up ice-carving as a way to win scholarship money. His conflict over going to college or staying to help his family is a truly thought-provoking issue, and this film will definitely result in long discussions afterwards. Bilal’s Stand also has a great soundtrack with a mix of alternative and rap, all from bands local to the Detroit area.

Though I myself don’t know what it’s like to grow up in poverty, this film gave me a glimpse into such a life. It made me realize how difficult it is to try to move up in the world, and how important the support of family is to success. I think any college-bound teen will appreciate Bilal’s struggle. It’s a truly inspirational story about an underdog going above and beyond the expectations set for him by society.