It’s yet another production of the world-renowned Midsummer Night’s Dream, and it’s absolutely amazing how each director seems to interpret the play differently from one another. In this rendition by Sheila Daniels, the play is slightly skewed by the replacement of the character Lysander. Hermia’s lover is now Lysandra, a woman. No prior knowledge of this revision could confuse some viewers, but the similarity in name makes the connection instantaneous. 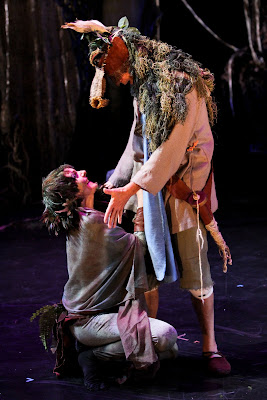 The casting of a woman for Lysander makes this version of Midsummer Night’s Dream much more contemporary. With the recent legalizations of gay marriages in several states, this could act as a tribute to homosexual relationships.

Before attending, be sure to read a synopsis of the story, or even just read the entire play! It’ll save you from a hefty amount of confusion, since it’s often difficult to make out the plot when it’s told in inverted Shakespearean language. 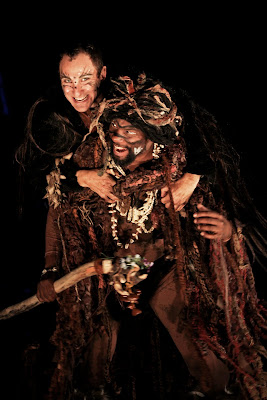 Each of the actors and actresses in the cast seem incredibly fitting for their roles. Theseus demands a certain amount of respect with his large stature and booming voice, while Helena and Bottom are hilarious in their own right. The background music and setting truly create an eerie ambience to represent the magical woods.

Overall, this is an excellent and humorous rendition of a classic which is sure to elicit many laughs from any audience. The play is recommended for an audience 12 years old and up, mainly due to several implicit and explicit sexual references.