Review of Sci-Fi at the Pops @ Seattle Symphony by Emma M.

Most everyone knows music science fiction. Even if you don’t like Star Wars, I bet you can recognize the theme. The sweeping melodies and dramatic crescendos are as integral to sci-fi as shiny spacesuits. Doing an evening of sci-fi music at the symphony sounds like a great idea. And it is! It needed a little help in the actualization to make it truly an “evening amongst the stars”.

When you first sit down in the grandiose Benaroya Hall and flip to the section in your program that is devoted to Sci-Fi at the Pops, you’re in for a bit of a surprise. There seems to have been a mistake at the printer, for along with sci-fi staples like E.T., Battlestar Galactica, and Star Wars, you find Ghostbusters (say what?). And unless we now believe that Michael Jackson was either an alien, or abducted by aliens, I really don’t see what a mash-up of “Thriller” and “Beat It” has got to do with anything. 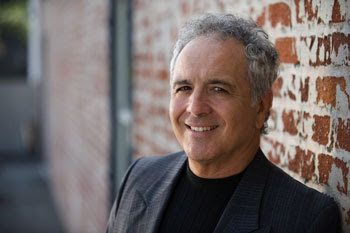 As the lights dim and the show begins, we start off with “The Star Spangled Banner”— which isn’t random at all! But the show doesn’t really get started until Jonathan Frakes walks out onstage. Because you know half the audience has come to see Commander Riker. He’s old, balding, wears glasses, and has the same dopey jokes in his script as every other emcee, but we all love him. He has a beautiful voice which rumbles out into the hall, and manages to take the jokes with a grain of salt, making them much more bearable to the audience. The other main attraction, visiting conductor Victor Vanacore, is another matter. It was a bit like watching a human metronome. After waving his arms around like that for a couple hours, I bet he was quite sore! It’s unclear how affective it was either. In the sweeping phrases in between the familiar melodies, it lacked gusto. The strings were very soothing, almost inviting you to take a nap. 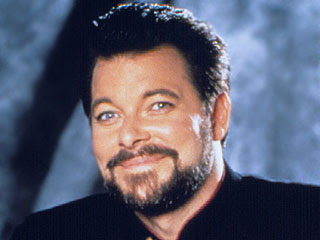 Jonathon Frakes back in the good ol' days

As a conductor he didn’t really get into the swing of things until he started playing his arrangement/mash-up of “Thriller” and “Beat It”. All my fears and bad memories of pop songs gone symphonic vanished as the song took off. It also didn’t hurt that we had the distraction of a couple dozen dancers dressed up as zombies dancing on the edge of the stage. Perhaps there wasn’t enough space on the edge of the stage to do justice to their dance. Or perhaps the iconic “Thriller” dance should just not be tackled, because let’s face it; no one will do it better than Michael. Whatever the reason, it was not enjoyable. Awkwardly shuffling zombies isn’t exactly the kind of high art that you expect to go along with your forty dollar ticket.

Fortunately things get much better in the second half. The orchestra and Vanacore seem to have come to some understanding and things become much more engaging. That is until we get to “Name that Sci-Fi Theme”, and Vanacore plays themes from shows like I Dream of Jeanie, and Bewitched. This is the point at which you realize that this show was really not about sci-fi. But what was it about? Even now I’m trying to figure that out. If you are going to call a show “Sci-Fi at the Pops", it should be about sci-fi. Needless to say it really needed some cohesive direction.

Despite all of the crazy selections and the uncertainty of what you might hear next (Vanacore kept mentioning Bonanza, was he going to play that theme song next? Where is this going? Cowboys and Aliens?! At least that’s sci-fi), the show was quite enjoyable. How can you not help feeling great and a little like Han Solo or Luke Skywalker when listening to the swelling melody of John William’s Star Wars? It also didn’t hurt that Frakes instructed us to all “live long and prosper” on our way out, and all trekkies in the disguise of symphony goers went wild. It was fun. It was silly. It wasn’t high art, it wasn’t even that great of a line up what with the Bewitched theme song and a slightly rock ‘n roll version of 2001: A Space Odyssey theme (somewhere a kettle drum player is weeping), but the audience liked it. We brought them back for an encore. And we all left the hall with “Raiders March” from Raiders of the Lost Ark hopelessly stuck in our heads and a smile on our face.

Sci-Fi at the Pops
CLOSED
Next at the Seattle Symphony:
Halloween Hooray