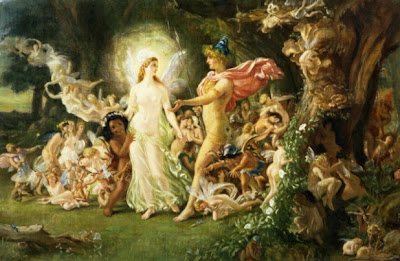 The Quarrel of Oberon and Titania by Sir Joseph Noel Paton

Fear not this Shakespearean comedy! This hilarious romp through the forests of Athens is one of the most clear and accessible of the Bard's plays and it will leave you laughing for more. When two pairs of young lovers attempt to escape their families' tyrannical rule, they instead fall prey to a love potion set in motion by the mischievous inhabitants of the woodland netherworld. Simultaneously, a less-than-perfect theatre troupe is sabotaged by the same inhabitants. Watch the hilarity unfold in the shadows of the trees at the Seattle Shakespeare Company.