Picture a girl of a little over average height (due to the aid of heels) racing down the hall of Benaroya Hall and skidding to a halt in front of the box office. I had a panicky feeling that they would not let me in but to the best of luck they did.

I was about ten minutes late but Seattle Arts & Lectures (SAL) still allowed me in to slide down the ramp to my seat where I could sit and listen to Khaled Hosseini speak.
Hosseini is a world renowned, best selling author. His first book, The Kite Runner, has sold over seven million copies -not counting boot legged - and has inspired a film and charity. 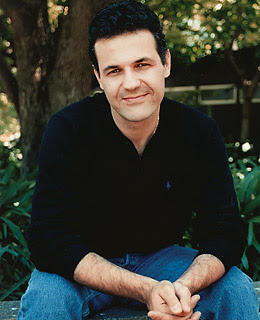 Hosseini originally had no intention of becoming a writer. Born in Kabul to a father who worked at the foreign ministry and a mother who was a principal at a school he grew up watching cinema from all around the world and enjoyed lots of eastern and western reading. When his family relocated to California he enrolled in Santa Clara University, where he earned a degree in biology and would later go to school for a medical degree. In this lecture he communicated the fact that his writing, in the beginning, was a good way for him to de-stress from his day job as an internist at a hospital. Getting up at 5:00 AM to write until 8:00 AM may or may not sound pleasant to you but it helped him eventually become a full time writer, which he would do after completing The Kite Runner, going on to write Land of 10,000 Suns and more recently produce a graphic novel for The Kite Runner.

This lecture is definitely not the best I've ever been to and probably the first SAL event I've not been 100% satisfied with. The interviewer, along with some of the audience members, seemed more interested in learning how to write a best seller rather than questioning about culture and perspective on politics.

I was very much looking forward to a talk centered more on culture and activism but alas, it was not meant to be. I still do enjoy Hosseini’s work and SAL events are still not to be missed. SAL brings people from around the world and from all walks of life to Seattle. This can leave lasting impressions and give incentives to get out in your community. So go to a Seattle Arts & Lectures event. Even if they’re hit and miss, you can’t take a chance at missing the good ones.

Khaled Hosseini
CLOSED
Next up at Seattle Arts and Lectures:
Stacy Schiff