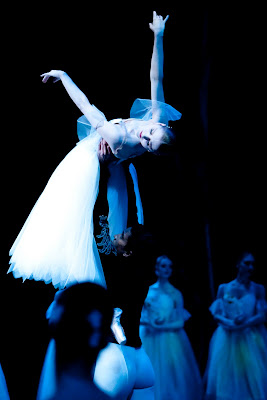 
When the sun is shining and the thermometers around town finally crack 70 degrees, it may not seem entirely intuitive to go see a very dark ballet about betrayal, death, and supernatural vengeance. Sure, while you’re sitting in a dark, cool, enclosed space, you could be out water skiing or sunbathing. But the fact is that while summer comes only three months of the year in Seattle, the Pacific Northwest Ballet’s Giselle is here for only two weeks, and it is not to be missed under any circumstances. The last show of their season and a completely new staging by Peter Boal of the classic work, Giselle is captivating and entrancing. 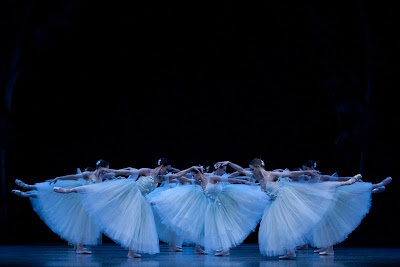 
Giselle is a work unlike any other in ballet given the range of emotions that it plows through. The story of a peasant girl who is tricked and betrayed in love and ultimately dies of a broken heart, the tale flips through happiness, confusion, betrayal, heartbreak, depression, and catharsis faster than one might think possible. More than that, the emotions called for need to be strong and fully committed. PNB shines in this regard—every scene in the show is given the required force by the dancers. Even knowing what lies ahead, the beginning makes one think that nothing could possibly go wrong, while the catastrophe of Giselle’s death seems so dire as to make one think that nothing could ever be right again.

What is most impressive and memorable about Giselle, however, is the dance and choreography itself. The steps ask the most of the dancers in every regard. Sometimes they are painfully slow and deliberate, testing the limits of the dancers’ endurance; other times dancers execute series of jumps and steps so elaborate and fast-paced that their feats do not seem humanly possible. In each case, Giselle pushes the dancers to their limits, testing them and demanding the best. And though the choreography is breathtakingly beautiful, watching the efforts of the dancers as they bring themselves to that edge is the true reason to see Giselle. It is a ballet that forces one to live in the moment, to experience the vitality and the energy of the story. This is what makes Giselle stand out—though it is a story ballet, telling a narrative directly and simply, the narrative itself is not the attraction. It draws our attention instead to the sheer, raw beauty of the dance, and the emotion contained therein. 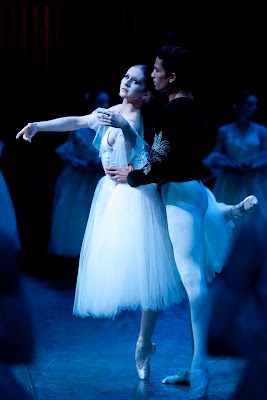 
Perhaps, if you are a frequent reader of this blog, you have heard me gush over Pacific Northwest Ballet before, perhaps even using many of the same words. Why then, you ask, should I go see Giselle? The answer is simple. Ballet at PNB rarely fails to please, it’s true. But the difference between Giselle and any other show is the number of times you will gasp under your breath, be moved to applaud, and stare in awe at what you are seeing. So before summer steals you away with bliss and wild abandon for the next few months, make some time for the depressing and the beautiful before the season begins: you will not regret it.