Review of A Year with Frog and Toad @ Seattle Children's Theatre by Jennifer K.

A Year With Frog & Toad is a wonderfully heartwarming tale about the strength of friendship despite individual differences. Based on the characters of a popular children’s storybook, the musical is highly entertaining and enjoyable for audiences of all ages. 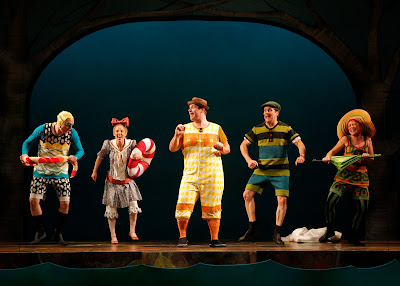 The sets and costumes are perfect for each setting, and there’s a certain element of fantasy that the kids find innocently mystical. All of the songs that they sing are filled with a certain holiday happiness that the viewer can’t help but smile while watching the entire show.

Despite it being based on a children’s book, A Year With Frog and Toad addresses complexities that exist in people of all ages. Toad is often insecure and the two friends endure a mild skirmish which they eventually manage to overcome through opening up to each other and forgiving. 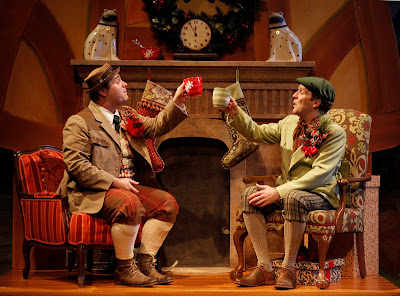 MJ Sieber and Auston James in SCT's production of A Year with Frog and Toad. Photo by Chris Bennion.

Some words and jokes can be a tad complex for younger children, but at the same time it makes the production more accessible to audiences of all ages. If you’re in your late teens, fear not! There are plenty of older viewers who attend as well.