Review of PLAY! A Video Game Symphony at Seattle Symphony by Fanny L. 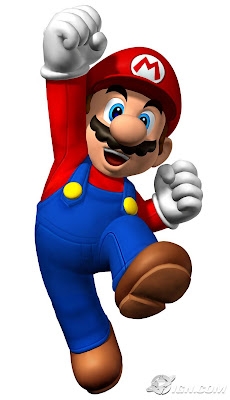 The setting of Benaroya Hall Tuesday night was certainly a departure from my usual experience at the concert hall; a certain energy pervaded the scene now comprised of what I can only assume were mostly video game enthusiasts. Upon the introduction and entrance of principal conductor Andy Brick, it was made all the more clear how unique a symphony experience this was going to be. He was met with uproarious applause; as has been described before, it was fit for a rock star.

PLAY! began with a world-premiere arrangement of the Super Mario Brothers theme (one of the few themes I recognized!) accompanied with a montage of game play from the series. The juxtaposition of a medium born of technology with such classical instrumentation was extremely refreshing and eye(ear)-opening. As neither an expert in symphonic music nor video games, I was greatly entertained by arrangement after arrangement even though I was not familiar with many of them. Of course, I was in the minority in that I felt like I was surrounded by video game fans; however, it was difficult not share their enthusiasm as familiar melodies were played. Had it not been for this audience zeal and the visual cues of the video montages, I would’ve certainly felt I was watching yet another typical symphony performance.

However, as the evening progressed, I really grew to appreciate the medium of video game as a cinematic experience and the impressiveness of symphonic music. When viewed with the live symphony, the emotions and stories depicted in the video games displayed became all the more intense. I was also struck by the crowd’s enthusiasm and the surprising presence of Halo composer Martin O’Donnell only a few rows away from my own seat, which really added to the feeling of the whole experience being one made for the fans. It was a surprisingly intimate occasion for such a large venue and crowd.

All in all, PLAY! was a wonderful introduction to classical music through video games, and vice versa; an informative, inspiring and entertaining experience melding the wonders of technology and the beauty of symphony music.

PLAY! is closed
Next up at Seattle Symphony, more symphonic/cinematic experiences with Casablanca and the Wizard of Oz, July 6 - 9
More info at seattlesymphony.org