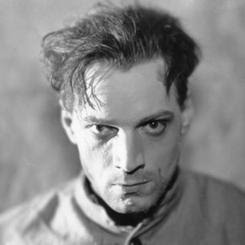 Hitchcock wasn't the only silent-era British director to make audiences claw their seats in suspense; Anthony Asquith, later known for classics like The Importance of Being Earnest, whips up a psycho-noir to make the master smile. A lovelorn barber's assistant tries to court the shop manicurist, but he quickly devolves into obsessive rage. Asquith tosses in bomb-bursts of rapid-fire editing and off-kilter cinematography, and the pay-off will stop you dead. The British film critic Raymond Durgnat declared that Asquith, with this film had "out-Hitchcocks Hitchcock, before Hitchcock became Hitchcock." Hang onto your seats!

Going to the Paramount Theatre or to a Northwest Film Forum movie for the first time? Write us a note about it, and you might win a fabulous prize pack including tons of tickets and memberships to local arts venues. It's the Teen Tix (he)ARTSCrush Adventure Quest! All you have to do is go to this form, write a note (150 words or less) about your experience at a new-to-you arts venue, and hit "Submit." Boom. You're entered to win. Do it over and over and over again and you might get crowned Seattle's Bravest Young Arts-Goer TM. More details here. Good luck!