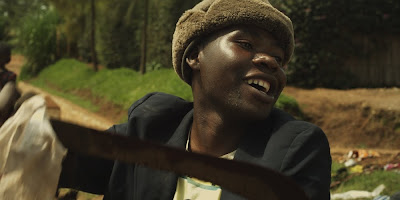 Kinyarwanda tells the stories of Rwandans during the bloodshed of 1994 and the accomplishments of the people in resolving past issues by forgiveness in order to coexist and heal their nation.

Director and writer Alrick Brown along with producer Ishmael Ntihabose draw material from accounts of genocide survivors compiling them into an artfully woven tale. The lens switches between the main characters who are linked to one another through an intricate web of love and hate, peace and violence, and eventually forgiveness and healing. The film begins with a love story between two young people then moves on to a Catholic priest about to be executed and then to the kind old Imam who does all he can to shelter those in need, showing different aspects of life during the Rwandan genocide. 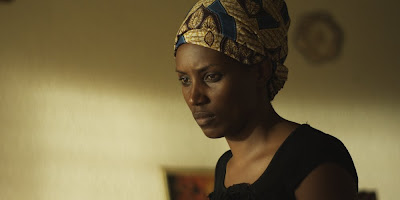 Though the streets are dangerous and no one opposing the eradication of Tutsis is safe, life goes on. Parties are held behind drawn curtains, children still play ball and young love does not stop. When the Tutsis and refusnik Hutus must flee the carnage, they take refuge in the grand mosque of Kigali. The mosque is the only safe place for them, as the Mufti proclaims Muslims to be forbidden from taking part in the genocide, instructing the mosques to open their doors to all people who seek asylum. 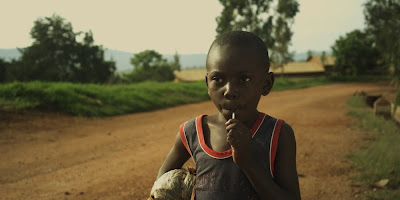 Eventually the main characters, along with hundreds of others come to hide together in the great Mosque of Kigali and Madrassa of Nyanza. The Christians and Muslims, the Hutus and the Tutsis pray side by side, each in their own way. The people of Rwanda come together to protect, respect, and eventually forgive one another. They learn to look past the divisions that caused the strife, and become one people.

This film is a rare find with a powerful message of hope and exculpation. It is a masterpiece, showing the human face of love, lurid anger, and the meaning of forgiveness. 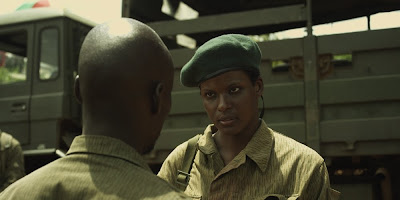 The chances to view this film are limited, and unfortunately this was the only showing in Seattle. You can go to the website kinyarwandamovie.com to learn more about the film and like them on facebook. If you have the chance, this is a movie that you shouldn’t miss.

Even if you can’t see Kinyarwanda, the Langston Hughes African American Film Festival (LHAAFF) is continuing through May 8th. The line up for this year is amazing: Movies, Art, Music, Human Rights and local film makers. I hope to see some Teen Tixers at the Central Cinema during the week, or at the Quincy Jones Theater on Sunday. Don’t miss this opportunity. GO!