Last night the Seattle theatre community got all dressed up and celebrated itself at the Gregory Awards(they're kind of like our very own local Tony Awards). It's always a fun, heartwarming event, but last night was especially special for us because last night included the first ever presentation of the Gregory Award for Outstanding Teen Critic, recognizing an outstanding contribution to local theatre criticism by a member of the TeenTix Press Corps!

And the recipient of the (first ever) TPS Gregory Award for Outstanding Teen Critic is...

Reanne Wong, for her review of Hedda Gabler at Intiman Theatre Festival 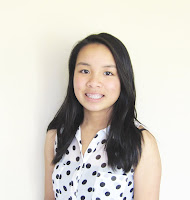 Reanne Wong is currently a sophomore at Garfield High School in Seattle. She’s not yet sure what career she wants to pursue, but college is definitely something she’ll be looking forward to in the future! In her spare time, she enjoys reading, writing, baking, drawing, and visiting the great art and music venues in the area. As a teenager, it’s really important to Reanne to be inspired art and the wonderful artists that create it.


The three recipients of honorable mentions in this category are:

Callan Carow, for her review of An Ideal Husband at Taproot

Over the last three years, Callan Carow has written numerous articles and reviews for the TeenTix Blog, the Seattle Public Library's teen blog “Push to Talk,” and the West Seattle Blog. Seattle Arts & Lectures also published her poem “Snapshots in Time” in their 2008 anthology of student work. Callan, a Seattle native and alumna of Garfield High School, currently resides in Walla Walla, Washington as a student at Whitman College.


Chelsea Dole, who was nominated for two separate reviews, Pitmen Painters at ACT Theatre, and Or, at Seattle Rep.

Chelsea Dole is a 17-year-old high school senior with varied interests, including serving at the Editor-in-Chief of Nathan Hale’s student publication, the Sentinel, playing softball, environmental and political activism, and — of course — attending, (usually) enjoying, and writing about the Seattle arts scene as a reviewer for TeenTix. Though not a serious actress (middle school plays never count), she is a theatre aficionado and is extremely honored to have received this nomination.


Jenny Singer, for her review of Spring Awakening at Balagan Theatre.

Jenny Singer is a psychology major at Barnard College and a critic for the Columbia Spectator. She is thankful for the support of her mother, her long-time editor. She's so proud to be a part of TeenTix, an organization dedicated to giving every teenager the opportunity to be a theatre snob. Jenny’s inspirations for art criticism are Moira Macdonald and John Lahr. Her other loves are singing, British literature, and any media featuring Tina Fey.

Congratulations to Reanne, Callan, Chelsea, and Jenny! We'll post pictures from the ceremony when/if we get them.