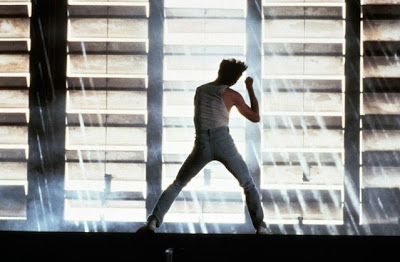 When teenage Ren McCormack moves from Chicago with his family to a small Western town, he's disappointed to find out that his new home doesn't allow rock music or dancing. To make matters worse, Ren falls in love with Ariel, the daughter of the bible-thumping minister who is responsible for the repression of dance. Even though his classmates also oppose the law, only Ren has the courage to stand up to the minister so he can take Ariel to the prom.

This classic tale of teenage rebellion and true heart from '84 will have you on the edge of your seat with honest and moving performances from Kevin Bacon and Lori Singer, and rockin' and rollin' through popular hits like "Let's Hear it for the Boys" and, of course, "Footloose."

Note: This showing is FREE!